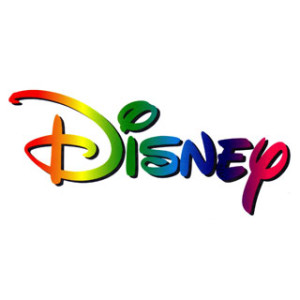 Roy was eight years old when his brother Walt was born in Chicago – it was 1901. Four years later the family moved to Marceline, Missouri where their father had purchased a farm. It was there that Walt discovered his interest in – and talent for – drawing. The family’s neighbor, “Doc” Sherwood, paid Walt to draw pictures of his horse, Rupert. Walt also developed an interest in cartoons from copying them from the front page of the paper.

When the family moved to Kansas City, Walt took classes at the Kansas City Art Institute. Soon it was back to Chicago, where Walt began high school and studied at the Chicago Academy of Fine Arts. At sixteen, as World War I raged, he dropped out of high school, ending up in France as an ambulance driver. Returning home, he moved back to Kansas City where his brother Roy secured a job for him at an art studio. He met a cartoonist, Ubbe Iwerks, and together they opened an animation business. During that time, Walt studied film work and learned cell animation. He and Iwerks created a series of cartoons they called Laugh-O-Grams featuring a series they called Alice in Cartoonland.

They experienced moderate success but debt piled up and the business went bankrupt in short order. Not discouraged, Walt and his brother Roy pooled their money to open a new studio in Hollywood where they were joined by Iwerks. There they created a character called Oswald the Lucky Rabbit. It turned out that Oswald was not so lucky – the distributors contracted by the brothers stole the rights to that as well as the Alice work.

Once again, the brothers would not be stopped. They developed two new animated shorts featuring a new character Walt had been developing. Both were silent films with the titles Plane Crazy and The Gallopin’ Gaucho. However, it wasn’t until the third film debuted – this one with sound – that their newest character became a sensation. The film was Steamboat Willie – the character was Mickey Mouse.

Soon, the brothers created some friends for Mickey – Minnie, Pluto, Donald and Goofy. In 1933, they debuted Flowers and Trees, the first cartoon produced in color. It won an Oscar. Full length films followed, introducing more characters and achieving great success. Television was also used as a medium for the brothers’ work and the popularity of their worked soared. Walt  had a still greater vision.

He wanted to create a place where children and their parents could go and both have a good time. That vision turned into the concept for a theme park where there would be fantastic rides, the cartoon characters could some to life and the public could interact. On July 17, 1955 – after a $17 million dollar investment – Disneyland opened in Anaheim, California. Walt dubbed it “The Happiest Place on Earth”.

Today that company is a diversified international family entertainment and media enterprise. It is comprised of media networks including ABC television and ESPN sports. There are theme parks across the world, including Orlando’s Disney World – “The Most Magical Place in the World”. Their feature film studios include Pixar Animation Studios, Lucasfilms, Touchstone Pictures and Dreamworks studios to name but a few. There are both consumer product and interactive divisions.

Fearless Brands start as a dream

The Walt Disney Company is not only the second largest entertainment conglomerate worldwide, they are ranked number 2 on Barron’s list of most respected companies in the world. It might be hard for some to fathom that such a successful business would have been started by a boy born in Chicago and raised in Missouri.

There is much to learn about building a magical brand – a fearless brand – from Disney.

Embrace your dream – Walt Disney’s dream was to create happiness for kids and parents alike. That ‘why’ is the driving force behind Disney’s success. To realize the greatest results of your brand, knowing your purpose is critical.

Treat employees like customers – A critical element of any company’s brand is its employees. Employees are perhaps the most valuable brand component – yet they are often the most overlooked. Disney realizes their value. They start by hiring people who meet the Disney profile. Employees are then trained to utilize their individuality to communicate the Disney Way – to create happiness. This is what I call personal brand integration.

Make every customer feel important – Disney hires outgoing people and then encourages them to be just that – outgoing. They are urged to initiate contact with Disney’s guests. If they see someone who appears lost or confused, they approach them with an offer of help before being asked. Employees are quick to offer their services as photographers so that all guests can be in the picture. Badges are given out to first time visitors and those with birthdays. Employees acknowledge those people with birthday or welcome greetings. Employees are trained to never make the customer feel foolish – even if they are.

Be ever vigilant of your brand – Disney parks have a term ‘be show ready’. That applies to the grounds, which are virtually spotless – the employees, who know that their role is to create happiness – and that quality is paramount in both products and service. They focus on every single touchpoint of the Disney brand because even the slightest negative interaction can ruin the experience of a life time.

Walt Disney, along with thousands of employees and fans have combined to make a dream come alive – and continue as a vital, fearless brand. Chances are your dream won’t result in global recognition – but it very well could. Embrace your dream. Know your purpose. Be relevant. Treat your employees, customers and the general public so that they know they are important to you. Do that, and you too will have a magical and fearless brand.