Is Your Brand Fit Enough to be the Gold Standard? 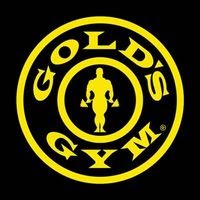 The Santa Monica pier is an iconic attraction on the Pacific Island shore in Southern California, due west of Los Angeles. There are shops, restaurants, rides and terrific people watching. In the 1950’s, the pier became a place where ‘muscle men’ would flock to join like-minded men to lift weights. What could be better than working out at the pier in the hot sun, enjoying the cool ocean breezes and being seen by countless spectators? Well, as it turned out – Venice Beach was better.

South of Santa Monica, the beach at Venice was quickly becoming a gathering spot for all sorts of people with a variety of interests. One area became the primary place for weight lifters – a spot which was quickly dubbed Muscle Beach. Things changed in 1959, when the city council banned weights from the beach due to inappropriate behavior by some of the lifters. Suddenly, the destination for exercise, camaraderie and spectators was no more.

The weightlifter group was splintered as they moved to a few local gyms. One of the regulars, Joe, wasn’t at all satisfied with those facilities, so he opened his own gym in a building he owned on Pacific Avenue near Venice Beach. His was a gym built specifically for men interested in serious training. A membership cost $60.00 per year When word spread about the new gym, Joe’s business idea proved to be sound. Men – and a few women – flocked to the new facility. Some of the biggest names in bodybuilding frequented the gym including Frank Zane, Franco Columbu and a young Austrian named Arnold.

The gym became a hotbed of training – but also a money pit. In 1970, Joe sold the gym, and his name, for $50,000, deciding to become a merchant marine. The gym was sold again two years later, this time to another bodybuilder, Ken Sprague, who was a skilled promoter. Sprague sponsored bodybuilding shows and other events which drew thousands. Around that time a member, Ric Draisin, drew a sketch of a weightlifter on the back of a napkin. Sprague began to use the logo which helped create even more awareness for his gym. By now, it had become a mecca of training.

In 1974, a photo book focused on bodybuilding – titled Pumping Iron – was published. Based on its sales success, the co-authors decided to produce a movie on the same topic. After overcoming significant funding hurdles, the movie was a go. It focused on Arnold Schwarzenegger and Lou Ferrigno as they trained to compete against each other for the Mr. Olympia title. Columbu, Ken Waller and others were also featured.  It wasn’t released to the public until 1977, when the producers leveraged Arnold’s status as a new film star to attract thousands to its premier.  The movie was never a true commercial success but it did solidify the gym on Pacific Avenue as the central point of serious bodybuilding.

Ownership changed once again leading into the 1980’s. That led to the gym expanding via a license in San Francisco. The gym expanded its number of facilities across the U.S. while also expanding its offerings. Group exercise classes were introduced, cardio equipment was brought in, amenities were improved and the gym became the ‘gold standard’ in fitness centers. By the mid-1990’s the gym had expanded to over 1,000,000 members with gyms located across the globe.

That success continues today with over 3,000,000 members working out in clubs across 38 states and 22 countries. What began as a solution to the problem of having nowhere for body builders to train, has become the single most recognized name in gyms. Gold’s Gym has been built into a fearless brand by a collection of people who loved the sport of weightlifting coupled with the foresight to anticipate shifts in fitness and accommodate new interests.

Fearless Brands remain relevant over time and across changes in ownership

Gold’s Gym is indeed known as the ‘Mecca of Bodybuilding’, but it has become so much more. Joe Gold and the regulars who hung out at Venice Beach in the 1950’s would not recognize the modern Gold’s Gym. That is a testament to the wisdom of a brand being true to its core values while adapting and changing to remain relevant as times and interests change.

There is no doubt that many people think of Gold’s as a gym for iron pumping ‘meatheads’. There is a shred of truth to that – which is a good thing Why? Simple, because it is a perception which helps define the roots of the business. Most people would be surprised by the modern day Gold’s Gym with its group exercise rooms, pools, cardio theaters and more. Those people might also be surprised at the look of the members, most of whom are not hardcore weightlifters. Most members are dedicated to a lifestyle which includes physical fitness and the membership includes literally every demographic imaginable.

Gold’s Gym remained a fearless brand across the transformation from a sweat-filled gym to today’s standards. A look at how that happened will reveal several key concepts which will elevate your brand and deliver the results you strive to realize:

Be relevant, adapt as needed – Joe Gold opened his first gym with the specific idea of accommodating the ‘big men’ who were serious about weight training. The place had no air conditioning and no locker room. That basic offering fulfilled the needs of its target audience. As fitness, weight lifting and exercise shifted and expanded, Gold’s Gym adapted by adding relevant fitness options. What was once a gym is now a true fitness center. The core principles remain the same as they were in the beginning – train hard, be fit.

Embrace your brand – Gold’s Gym began as a weightlifting mecca. That image remains to a degree. It would have been easy for Gold’s to walk away from that image in an attempt to appeal to a more diverse membership. Instead, they have hung on to the logo drawn on a napkin by Draisin. That logo features a muscular figure lifting weights heavy enough to bend the bar. That imagery has served Gold’s well in that they continue to be thought of as place for serious training. Your brand is the essence of who you are – what your business is. Remain true to that value proposition.

Be consistent – Given the number of changes in ownership, it would be no surprise if Gold’s Gym had made significant shifts in look and focus – or even its core mission of fitness. Remaining consistent through changes in ownership, fitness trends, lifestyles and competition have led to Gold’s Gym continuing to be an icon in the industry – and beyond. Change for the sake of change will only have negative impact on your brand. Be judicious in your shifts in value, purpose and quality. Consistency leads to trust. Trust leads to customer loyalty and referrals.