Humility – A Not So Surprising Key to Success 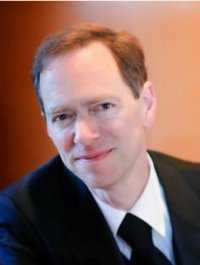 The Musician. At the age of thirteen, in response to a request from his mother, he wrote his first serious musical composition. Not, as one might expect,  for his school pageant – but for a theatrical production of Aeschylus’ Prometheus Bound. His music was included in the performance – not at his school – but at the amphitheater in Delphi, Greece where the play had made its debut centuries earlier. He went on at age sixteen to win the esteemed BMI Award for Student Composers which was presented at the Waldorf Astoria in New York City. He was a cellist and a recorder soloist  performing in a variety of operatic and orchestral productions.

The Educator. He was not interested in continuing in his school, which is not uncommon for teens – but his reasons were incredibly unique. He was not learning what he wanted so, with the full support of his parents,  he dropped out and started the school he envisioned. In collaboration with several of his friends, Changes Inc. was formed which sent its graduates to some of the most prestigious universities in the U.S. After graduating he became a member of the school’s faculty and has taught in a wide variety of ways ever since.

The Entrepreneur. The school, Changes, Inc. was just the beginning. He subsequently began two more businesses, created and launched two periodicals and has been involved in countless business enterprises where he has held positions from top to bottom.  At one point he built, trained and coached a sales network which generated annual sales in the hundreds of millions.

The Writer. He has written for national publications. He has edited and co-authored countless books. These books have sold millions of copies, been re-issued and reprinted and several are considered the best resources in their field.

These actions are not what makes him a fearless brand. Rather, John David Mann has achieved these accomplishments because he is a fearless brand. John is genuine and authentic, he has definitely embraced his passion and everything he does has significant relevance. Importantly, he takes all of his success in stride.

It is John’s humility that drives him to achieve his goals and it is his humility that keeps him grounded. While that may seem like a contradiction it is not.

Once we understand the true meaning of humility we are free to be our most authentic self. The distractions of inflated ego and unjustified negatives are eliminated.

John loves performing music. He recognizes – and accepts – that he is a good cellist but will likely never be considered world-class. That realization allows him to extract every bit of happiness – and value – from his playing. On the other hand John knows he is a great educator and also a brilliant writer. Recognizing – and accepting – his talent allows him to become fully engaged in those areas. His talent, his passion – his humility – allow him to deliver great value and have major impact in people’s lives.

John’s life was impacted by his parents. From his father he learned that a person can do multiple things very well which helps explain the many facets of John’s accomplishments. His mother had taught him that he could do whatever he set out to do. That combination of example and philosophy have served him well.

John knows his skills – one of which is his great talent as a writer. He also knows his purpose – his passion – having a positive impact in a great number of lives. Armed with that clarity – that conviction of purpose- John is focused on writing books which are relevant to him and therefore will have the impact he strives for.

Two of his more recent books include The Go-Giver and The Red Circle. One is the tale of a young salesman learning how to succeed in business by focusing on giving first. The other is about a young man trained to kill the enemy, in particular with a single rifle shot. These topics seem to have no relevance with each other whatsoever. However, one of the underlying themes in both books is the power of one’s mental outlook. Joe in The Go-Giver comes to understand that his perspective – his thinking – is critical to business success. Brandon Webb, the co-author and former SEAL from the book, came to realize that mental focus was perhaps the most significant factor for his SEALS to achieve success as snipers.

A current passion almost certain to become a future book is what John calls The Happiness Project. John has discovered that there are three key factors to one being happy. He is driven to share those insights in a way which will positively impact as many lives as possible. That is the mindset – and the actions – of a fearless brand.

As you build your fearless brand learn from John. Let his life and examples have that impact on you that he hopes they will. Define your skills, embrace your passions, be relevant. Importantly embrace the concept of humility. Accept your shortcomings for what they are. Improve on them or eradicate them but don’t see them for anything other than what they are. Likewise your positives – accept them exactly as they are.

Become a fearless brand. Like John, you will discover that happiness drives success. You will define success as you see it. You will add value to the world that only you can add.