How Passion and Purpose Led the Patagonia Brand to New Heights 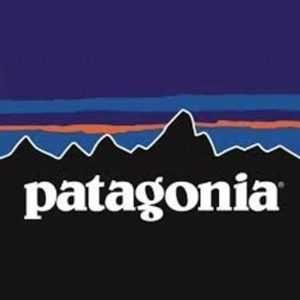 Yvon Chouinard likely had very little awareness of how his life would change when, at the age of 9, his family moved from Maine to Southern California. It was there that Yvon discovered an interest in falconry. In 1953, at the age of 14, he was a member of the Southern California Falconry Club. As part of their training, Yvon and other boys were taught how to rappel down cliffs to reach the nests of falcons and hawks.

That experience ignited a fire within the boy – a passion that would burn for the rest of his life. Yvon and his buddies began to seek out places to rappel, getting there in whatever manner was available to them – including hopping freight trains. In an ironic twist, the boys discovered that what goes down, can also go up – rappelling opened the door to climbing. Chouinard was completely hooked.

Yvon was part of a group who sought every opportunity to climb, especially climbing the walls of Yosemite National Park. In the 1950’s climbers relied on single-use, soft metal pitons hammered into the rock face to provide hand and foot holds. In 1957, Yvon bought a coal-fired forge, an anvil, a hammer and some tongs at a local junk yard and taught himself blacksmithing. He made hard metal, reusable pitons for personal use, but when fellow climbers discovered his equipment, they wanted it as well. Yvon began making and selling the gear – at $1.50 per piton, profits were slim.

Chouinard spent the next several years climbing, surfing, and making his gear. By 1965, demand for his gear was so great, Yvon had to shift from hand-making his gear to using machinery, tools, and dies. He partnered with fellow climber and aeronautical engineer, Tom Frost. Together, they were committed to designing and manufacturing climbing gear that was stronger, lighter, more durable and more functional than what had been available. For nine years they worked together, holding on to the philosophy that perfection was attained not when there was nothing else to add, but only when there was nothing else to take away.

The good news was that their company, Chouinard Equipment, became the leading supplier of climbing gear in the U.S. The downside was the realization that hard-metal pitons were having a severe negative impact on the very walls they loved to climb. They made one of the biggest – and riskiest – business decisions to date. They chose to phase out of the piton business, a decision which could have put the company out of business. Pitons were replaced by lightweight aluminum chocks which could be hammered in place by hand, greatly reducing the impact to the environment.

What could have been a disaster turned into a business boost. Climbers came to appreciate the light weight easy to use chocks – but more so, they loved the environmental benefits. The shift to more environmentally friendly gear turned out to be a wise choice, but equipment sales margins continued to be small.

While in Scotland in 1970, Chouinard bought an authentic rugby shirt to wear while climbing. Back in the U.S., the shirt generated tremendous interest from the climbing community. That interest identified a significant new business opportunity for the Chouinard Equipment. They began importing and reselling existing items. That success lead to the company’s commitment to develop, design, and produce their own items.

Another big decision had to be made – sell the clothing under the Chouinard Equipment banner or come up with a new name for the line. Choosing the latter ensured that the equipment company brand would not be diluted and a new name offered the chance to expand the clothing beyond the climbing community. Based on those two points, Yvon Chouinard and his wife Malinda, chose to use a name which evoked romantic and exotic images, while remaining relatable to their core customers. With that, a new and fearless brand was born – Patagonia.

Fearless brands are born of passion, purpose, and persistence

Patagonia was built on the same principles as Chouinard Equipment. Create products which are relevant and appealing, seek constant improvement and enhancements, know that perfection is only reached when there’s nothing left to take away from an item. Patagonia clothing introduced bright colors to a category which had typically been fairly ‘khaki’. Patagonia consistently pursued, developed and implemented items improved through new technology and production techniques.

Patagonia had significant growth throughout the 1980’s, at one point being named one of Inc. Magazine’s fastest growing companies. Then the 1991 banking crisis and business slow down hit. Patagonia saw their revolving loan called which nearly put them out of business. To survive they cut personnel, dumped inventory, and undertook major cost cutting actions. Things are only a negative if there’s not any learning. Well Patagonia did learn – manage growth and borrowing.

Patagonia’s success is also driven by its philosophy of valuing their employees. Patagonia was one of the first companies to have onsite daycare, they sponsored ski and climbing trips, and encouraged their employees to ‘be themselves’. Some might call it a “work hard, play hard” approach.

Lastly, Patagonia has been committed to environmental ethics from a very early time in the company’s history (remember dropping pitons?). The company’s commitment to the environment includes a switch to 100% organically grown and ethically sourced cotton, annual environmental educational events, support of grassroots environmental efforts, reducing corporate waste and pollution, and, most recently, suing the government over the decision to reduce National Parks land in Utah.

So, what can we learn about business and branding from Patagonia? Quite a lot actually.

Quality counts – From the first piton Yvon Chouinard made to the latest technologically driven clothing enhancement, Patagonia has pursued quality and relevance in its products. The belief that perfection is attained when nothing can be taken from a product (originally put forth by a French aviator) continues to guide Patagonia’s development and manufacturing improvements. The result? Products which their consumers trust for quality and effectiveness. We too should pursue perfection and relevance – for our customers benefit and for the success of our business.

Your people count – The single most overlooked element of most companies’ brands is their people. Employees who are valued for who they are, whose talents are best utilized, and feel an integral part of the business produce greater results, are more loyal and become a company’s best brand advocates. Hire the right people, place them appropriately, set expectations, treat them as partners, grow your business.

Environmental ethics count – Protecting and caring for the environment benefits Patagonia directly and indirectly. Driving initiatives to protect the integrity of our environment benefits them because nature plays a significant and direct role in their business. A clean, sustainable environment helps to ensure continued involvement in the outdoor activities of their customers which ensures demand for Patagonia products. Patagonia’s efforts to reduce pollution, wasted energy, inefficient production and product use, and other conservation efforts helps their business in a more indirect, but equally significant, manner. We can realize the same benefit while we also seek to act as environmental caretakers on behalf of future generations.

Yvon Chouinard’s passion led to him finding his purpose. His persistence has created a company – a fearless brand – which has reached pinnacles of success he couldn’t have dreamed when he made his first piton. Has his philosophy worked? Well, he’s been true to his beliefs…and he’s a billionaire. Patagonia was built to be a fearless brand. We can build our own fearless brand – we merely need to focus on product quality, being relevant to our customers, and valuing our personnel.

When it comes to building a fearless brand, remember – passion is our fuel, purpose is our map, persistence is our journey.