Is Remaining a Fearless Brand Tougher Than Becoming One? 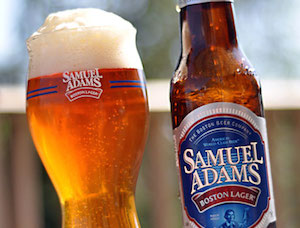 What does one do when they’ve earned an undergraduate degree from Harvard University? Some continue their Harvard education and earn an MBA. A handful of those continue their education further and earn a Juris Doctor (JD) degree from the same institution. With that educational pedigree, it would seem that person would thrive in a traditional business role. One such man, Jim Koch, did just that.

Graduating Harvard with three degrees laid the path for him to enter the world of big business and high finance. Koch went to work for the prestigious Boston Consulting Group, a global management firm, where he worked as a consultant primarily to manufacturing businesses. At the same time, another Harvard alum – Mitt Romney – worked at BCG for a few years prior to his move to Bain & Company. After six years, Koch came to the conclusion that he didn’t much care for the environment in which he was working – no, the world of corporate business wasn’t for him.

He became intrigued with the idea of getting into an industry that his family had been in for the preceding five generations – beer. Even with that history, his father told him it was a crazy and stupid idea. In spite of that, Koch – following his vision – knew the key to success was a quality product. He selected a recipe which his great-great grandfather had originally brewed in St. Louis in the 1800’s – a full-bodied, full flavored beer.

It was 1983 and the U.S. beer market was dominated by the big brewers with their powerful distribution networks and huge marketing budgets. He knew going head-to-head with them would be futile. Instead, he took note of the growing import market with its fuller bodied beers and higher prices. The craft beer market was just beginning to gain momentum – notably the Sierra Nevada brand in the Western U.S.

He had the vision. He had the product. He found the market where his brew would be most relevant. Strategy was next. Koch decided to position his beer as one with a long and deep heritage. That led Koch to name his brew after a well-known American patriot and Boston native – one who had brewing beer in his history – and one who was also a Harvard alum.

In spite of his high-level consulting experience, he selected a 23 year old secretary from BCG as his founding partner.  He introduced his brew in 1985 with a go-to-market strategy of direct sampling – he and his partner, Rhonda Kallman, would go bar to bar carrying a cooler filled with his new brew. Acceptance and distribution grew faster than he could have imagined. One of Kallman’s many talents was the ability to hire talented sales people who were passionate about beer.

The company became known for a quality, full-bodied beer, hand-crafted by passionate people with discerning taste. This was in stark contrast to the products from the large brewers. Fresh ingredients and fresh beer provided a distinct point of difference with the import segment whose beers were prone to becoming stale.

Koch’s beer became a juggernaut. Its impact was felt by competitors large and small. Its strategy and success inspired a legion of beer lovers to open craft breweries across the country. The brew was successful to the point that Koch became a billionaire, the company is worth over $3 billion and the company is currently the fifth largest brewer in the United States. This business success, the financials and the legion of fans are the result of successful branding. These results are because Jim Koch created Sam Adams Boston Lager to be a fearless brand.

Fearless Brands are built from passion, quality and relevance

Jim Koch and his Boston Beer Company have had a significant impact on the profile of the U.S. beer market. His Sam Adams brew, while not the first craft beer, is credited with exploding that category. Sam Adams Boston Lager demonstrated that American beer could be full-bodied and full-flavored – and it inspired a whole generation of craft beer artisans.

The success of Sam Adams is the result of fulfilling a vision with the right product, delivered to the right customer base at the right time. Sam Adams and its success are attributed to a man who loves beer and the art of brewing. That success has allowed Koch to mentor, teach and support countless craft brewers through the years.

In 2008 there was a significant hops shortage. The big brewers were safe because of smart business practices and supply contracts as was the Samuel Adams brewery. Sam Adams offered their hops to struggling craft brewers – at a discounted price – because of a love of beer and those committed to brewing quality beer.

There are holes in Sam Adams facade. The image of Sam Adams on all of the packaging is reputed to actually be a picture of Paul Revere. Sam Adams was actually a maltster – not a brewer. The credit for having fueled and validated the craft beer industry is questioned by many as Sam Adams was not the first. Some question the heritage of the brew’s recipe, purporting that it has been adjusted. None of this matters – none of this takes away from the fact that Sam Adams Boston Lager is a fearless brand.

What can affect Sam Adam’s as a fearless brand is changing market conditions. Today’s beer drinker has known Sam Adams for their entire life – not only is it not new, it is considered by some to be ‘my father’s beer’. The beer industry profile has changed dramatically, now comprised of over 3,000 breweries. There is now a wider variety of flavors and styles of beer – a trend which Sam Adams has resisted. They are now the hunted vs. the hunter.

Vision, product and relevance are critical – This is the core of creating a fearless brand. These three elements, built on top of a base of authenticity, are all critical to realize the dream results that every brand hopes to achieve. Be certain that each of those elements continue at the highest level possible. It is an ever changing formula – be diligent.

Becoming a fearless brand does not guarantee continued success – Sam Adams Boston Lager is now in an ironic position. While widely known as the leader of the craft beer revolution, it is now an established brand. Beginning as an underdog, the brewery is now considered by many to be one of the ‘big brewers’. If there is any change to authenticity, vision, product quality or – importantly – relevance, Sam Adams is at risk of becoming ‘just another brand’.

It will be interesting to watch how Sam Adams handles the current market conditions – they have some key decisions to make. Achieving and maintaining fearless brand status are two different concepts. If you’ve built a fearless brand, remain diligent – don’t be presumptive – and certainly don’t become arrogant. Jim Koch will grab a cold Sam Adams as he contemplates his next actions – you may consider doing the same.