Make Your Brand a Companion for Life 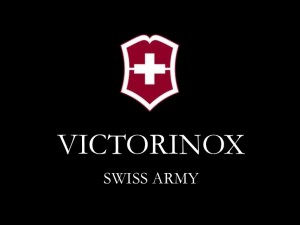 At the age of 24, Karl Elsener opened a cutlery store in the small town of Ibach, Switzerland with the help of his mother – it was 1884. He made and sold quality knives and surgical tools. Competing with other producers presented challenges so he pursued his idea of a multi-function knife. At the same time, his country’s military was ordering folding knives from German  manufacturers. These knives were designed to have several uses – they had to be able to open cans of food and assemble the soldier’s rifles. Elsener was determined to move the manufacture of those knives to his home country.

By 1891 he had succeeded in winning the contract to produce the knife for the army. A few years later, a second company was contracted to also produce knives, a move by the army to promote competition. These knives did not meet Elsener’s vision – he knew that a multi-function knife could be better designed and he set out to do just that. His breakthrough came when he was able to incorporate a spring into the knife which made it possible to add more features. In 1897 he patented the “Officer’s and Sports Knife”.

In 1909,his mother died and in her honor he introduced the brand name – Victoria. That year, he also patented a shield and cross logo.  Sales continued to grow both in quantity and geography – but it was at the end of World War II that the company and its primary product grew exponentially. The versatile knife – known as the Schweizer Offiziersmesser – was bought in quantity by U.S. soldiers to bring home to the States. As a result, an entirely new group of people discovered the uniquely versatile knife. Instead of being used for military field tasks such as opening cans and assembling rifles, it was now being used by hikers, outdoors enthusiasts such as hikers, fishermen and hunters. It was used in the garage, the kitchen, the office  – the uses seemed endless.

The company continued to add new features to support the plethora of uses people the world over were finding for their knives. Today, Elsener’s company is the only company able to produce the knives. They offer over 80 optional tools for the knife which range from cork screws to barometers and from scissors to USB ‘thumb’ drives. While the knives continue to be the core of the business – over 400 models of pocket knives – the company has diversified greatly. Their product line – either through production or licensing – includes watches, clothing, luggage and business totes and perfume. There are over 70 company stores including one which opened in October on Bahnhofstrasse, Zurich’s main shopping street – a prestige location which has them in some elite company including Cartier and Chanel.

Elsener had changed his company’s name to Victorinox in 1921, combining his mother’s name – Victoria – with the common name for rust resistant steel – inox. Those WWII U.S. soldiers – unable to pronounce Schweizer Offiziersmesser – dubbed it the Swiss Army Knife – a name as it turns out that has become commonly known. A good name, quality product or diverse uses by themselves don’t guarantee success nor define a fearless brand. Victorinox Swiss Army is successful partly due to those factors – but it’s the emotional connection that’s been created with their consumers which elevates them to a fearless brand.

Swiss Army’s red shield and white cross logo is a worldwide brand icon. It’s a brand message which communicates quality, functionality and dependability. The Victorinox company culture is one of ‘we are family’ and that attitude extends to their customers. The connection between Swiss Army and its customers is reminiscent of the fanatical brand love shown by Harley owners. (Check that out in my earlier post Branding is a Journey – Let’s Ride). That customer loyalty is why the company refers to their products as “Companions for life”.

As with Harley, Swiss Army urges their customers to submit stories about how the products have played a role in their lives. There’s the story of a train stranded in the Swiss mountains bellowing smoke when a Swiss Army knife was used to tighten the loose stud bolt on the brake hose. In Galveston Bay, a fisherman was fighting over 400 pounds of drag force when his legs became tangled in the ropes of his commercial fishing net – he was able to get the Swiss Army knife his daughter had given him out of his pocket to cut himself loose. A fourteen year old boy was given a set of Victorinox cutlery by his father who encouraged him to pursue his dream of becoming a professional chef.  “You can make it!” his dad said – and that he did. I mentioned this blog to a friend at lunch today – he pulled a Swiss Army knife from his pocket which had to be over 3o years old. Still functional – and very sentimental. The stories seem endless.

There is much to learn from Victorinox Swiss Army – notably:

Start with quality – From the very beginning, Elsener was driven to design and manufacture the best pocket knife he could. He refuse to settle for the design the Swiss army had first given him. His determination resulted in the two-sided knife which set the stage for 130 years of success. Make certain that your product, your service, your company and your employees are committed to quality.

Remain relevant – Victorinox products are all designed with the end user in mind. They fill the needs and wants of their customers – often providing solutions the person doesn’t know they need until long after they own the product. (see the stories above). Customers want quality and dependability. They want products which adapt to changing needs and conditions. Sometimes it’s a small tweak – other times may require a more significant change. Either way, do what you must to remain relevant.

Treat employees as family – In their 130 year history, Swiss Army points out that they have never let go an employee based on economic reasons. As a private company they don’t report sales, but when years are good they hold some profit in reserve to get through tough times. Times got really hard after the attacks of 9/11 when airport security did not allow pocket knives. Estimates are that business may have been cut almost in half. Through it all, no employees were let go. Know that your employees are your greatest brand ambassadors. Treat them with respect and care – the returns will be well worth it.

As you are building your fearless brand, strive to make your company and products companions for life.