This is Truly Some Sweet Branding 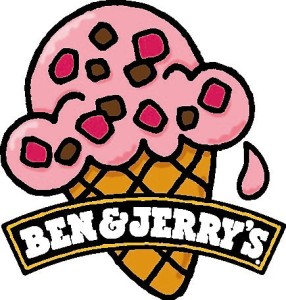 They were born in Brooklyn – four days apart. That was March of 1951 but they didn’t know each other until they met twelve years later in seventh grade. They would forge a friendship that would last a lifetime. Fast forward fourteen years. They were determined to start a business and spent a great deal of time deciding on a concept. Partly because of relatively low entry costs – partly because of a perceived demand – more so because they wanted something fun – they decided. Ice cream. They would open an ice cream shop.

With that they began to create their business. They needed knowledge, capital and a location – ideally a warm weather college town. They each paid $5 for a correspondence course on ice cream making from Penn State, pooled their money – $8,000,  got an additional $4,000 from a loan. They discovered that most warm weather college towns already had ice cream shops so they ended up finding a renovated gas station in Burlington, Vermont. Their ice cream shop opened in 1978.

Today that business has 446 employees, it generates over $130 million, has nearly 6,000 eating locations, is sold in countless retail outlets and most importantly, is considered one of the finest ice creams available – worldwide. It’s not these phenomenal business metrics that have created a fearless brand. That success is due to the fact that Ben & Jerry’s ice cream was built to be a fearless brand.

Fearless brands maintain the highest of product standards and remain true to their core values.

Ben Cohen and Jerry Greenfield had determined that they needed to create a new direction in their lives. They did not set out to create the ice cream empire that Ben & Jerry’s has become. However, their core values, unyielding principles and conviction would set the stage to do just that. What are the key elements leading to this success? Fun. Quality product(s). Social consciousness. Bold marketing. Innovative flavors.

To celebrate their first year anniversary, Ben and Jerry declared a ‘free cone day’. For an entire day, every patron would receive a serving of their ice cream. That tradition continues to this day. Really. An annual free product day – worldwide – in this day of profit focused business.

They expanded their business by selling ice cream at retail in pint containers. This broadened distribution, increased the user base and helped level out the typical winter slow period. They were constantly developing new, fun flavors and combinations – very openly accepting suggestions from their customers. What became their signature flavor – cookie dough – was the result of a recipe left by a customer on the suggestion board. In 1987, at the suggestion of two ‘dead heads’, Cherry Garcia was introduced in honor of the Grateful Dead’s guitarist, Jerry Garcia. It was the first ice cream to pay tribute to a rock legend – but certainly not the last.

In 1988 they were named the U.S. Small Businessmen of the Year, an honor bestowed by President Ronald Reagan. This wouldn’t be their only encounter with presidents. Ben & Jerry’s has been committed to having a social conscience from their very beginning. They have supported a wide variety of causes including the Children’s Defense Fund, opposition Recombinant Bovine Growth Hormone (rBGH) and Farm Aid to name a few. In 2004 they took advantage of the lines at Free Cone Day to register over 11,000 new young voters. While many of their actions are considered by some to be controversial – the company remained true to their positions and their commitment to make a difference.

In August of 2000, Ben & Jerry’s became a wholly owned subsidiary of Unilever – the Anglo-Dutch conglomerate. In a rather unique move, Unilever allowed the creation of a totally independent board of directors whose purpose is to guarantee the integrity of the company’s principles and core beliefs. In the usual fun style of the company, this group is known as the B.O.D.

The current CEO, Josteen Solheim,  has said that Ben & Jerry’s wants to be a fun company with a heart and a soul – one that plays a positive role in society. He says they don’t want to be a marketing company – they don’t want to be a ‘brand’. Ironically, it is because of the commitment to their core values and principles that is at the core of branding Ben & Jerry’s – and their becoming a fearless brand.

There are some very significant lessons to be learned by anyone – any company – seeking to build a fearless brand and realize the success they desire.

Be authentic – This is a trait of every single fearless brand. In the case of Ben & Jerry’s, the founders identified their core principles – fun, product quality, social involvement, treat employees with care and respect. Throughout their tremendous expansion, sometimes controversial social stances and ultimate corporate buyout – the company has not wavered in their commitment to their principles.

A company is the sum of all of its parts – Ben & Jerry’s hires people who have a love and joy of ice cream. Their employees are encouraged to bring their values to the workplace – values which are integrated with those of the company. Ben & Jerry employees have a buzz and energy which contributes to the uniqueness – and value – of the company.

Be innovative – The first year of their existence saw twelve flavors of ice cream. Since then, they have created countless more, introduced fat free Sorbets and Greek Frozen Yogurt flavors. They continually listen to the ‘voice of the customer’ keeping the long-standing favorite flavors while adding new products – some make it – some don’t. Don’t be afraid to innovate. If something new doesn’t work out, it’s not a failure – it’s part of the learning process.

Have fun – Yes – it’s that simple. If your company maintains a fun atmosphere – while being completely committed to its core values – there will be more productivity, less turnover, fewer sick days and more smiles. Smiling employees are priceless.

2 comments on “This is Truly Some Sweet Branding”