Every Brand Should Feel This Good 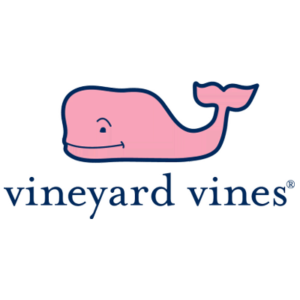 “Shep, you need to start thinking more inside the box!” Few, if anyone, would have guessed how much significance there was in that one line from a performance review in 1998. Upon hearing that recommendation, Shep Murray took immediate action. He quit. His second step was to share his action with his brother, Ian, and suggest that, he too, quit his job. Within a few short minutes Ian Murray called him back saying that he had done exactly that.

When Shep left the advertising agency he worked for and Ian left his public relations job, they actually had a plan – though some would have termed it a hare-brained idea. It was a concept the brothers had been discussing for some time.

They grew up in Connecticut and spent their summers at Martha’s Vineyard – fishing, boating, swimming, enjoying the good life. To help fund their activities, they’d pursue small business ideas. They talked about how fun it would be to design and sell men’s neckties which were fun and colorful rather than the mundane ties worn by most men. That idea gained traction over time.

Shep’s review was the tipping point – the brothers knew it was ‘now or never’ if they were to pursue their dream life. Still living in Connecticut with their parents, they traded their business suits for swim suits and began selling neckties. Their ties featured icons of what they loved – Martha’s Vineyard street signs, sailboats, martinis and cigars, 4-wheelers, and more. The concept was simple, men could bring ‘the good life’ to work with them.

The fact that they had no capital and knew absolutely nothing about making and selling ties didn’t stop them. For funding, they applied for every credit card available, amassing nearly $10,000 in debt. They started at the Brooklyn Naval Yard, seeking a source to make the ties, eventually finding one in Queens, New York. The created marketing collateral by photocopying the actual ties and printing ‘catalogs’ at an office supply store.

They began selling their ties on Martha’s Vineyard. Additionally, Shep and Ian used their marketing and PR connections to identify potential retail customers. Soon customers were introducing the ties to their favorite stores. With sales gaining momentum, the brothers began to add structure to their business. First, a name. They wanted to have a direct tie to Martha’s Vineyard, a sort of homage to the place they loved most. They decided on Vineyard Vines. Next, a logo. Every company needs a symbol to communicate what they’re all about. Ian and Shep found the perfect icon – a smiling pink whale. The whale was fun, whimsical, and surprisingly not used by any other company.

Four years into their venture, Shep and Ian were presented with an incredible opportunity. Aflac, the insurance giant, solicited a custom tie featuring their iconic duck. The design submitted resulted in a massive order – a $400,000 commitment to purchase 10,000 ties. Ian and Shep’s first step was to buy a boat, secondly they got busy fulfilling the order.

In 2005, the brothers opened their first retail store – on Martha’s Vineyard, of course. Today, Vineyard Vines has 95 retail locations. They employ over 2,800 people and sales estimates put their revenue in the range of a half-billion dollars. The company has a robust wholesale, licensing, and custom design business to complement their online sales and retail outlets. From inception, Vineyard Vines was built to be a fearless brand, which easily explains the company’s dazzling results.

Shep and Ian Murray have built a powerful company by remaining true to their original concept. Their goal was to allow people to ‘bring the good life’ to work. Vineyard Vines long ago left the confines of the workplace, expanding to any and all areas of the ‘good life’. More than just ties, the company now sells a full line of apparel for men, women, and kids – as well as a wide variety of accessories.

The company has licensing agreements with Major League Baseball, the National Football League, along dozens of colleges. Vineyard Vine donates 20% of all revenue from its “Forget Me Knot” collection to the Nantz National Alzheimer Center. In addition, 30% of the company’s Wicked Strong collection go to support Massachusetts General Hospital’s pediatric cancer and emergency services programs.

Truly Know Your Brand – Ian and Shep knew from day one that their brand was a lifestyle. Their brand was about bringing “the good life” to work” and “Every day should feel this good!” The brothers were in the business of selling a lifestyle, an emotion, an aspirational mindset. They did so by designing and selling items which people would wear – ties, shirts, hats, accessories. They knew that their brand – and every brand – is the intangible value that it provides.

Brand Messaging is a Two-Way Street – The success of Vineyard Vines relies heavily on effectively messaging the brand’s essence with their iconic smiling pink whale, fun designs, relatable marketing, and of course, the product itself. One thing Vineyard Vines does better than most brands is to listen to the voice of the customer – the people who actually define the brand. Their customers are engaged and connected – often sending in product and design ideas, posting photos of their ‘good life’ on social media, demonstrating the mindset that ‘every day should feel so good’. Shep, Ian, and their entire team respond with action. Tremendous online orders from the Midwest? – open stores in St. Louis and Kansas City. Horse racing and Vineyard Vines a good fit? – Become the official fashion of the Kentucky Derby. To be a truly fearless brand, sending – and receiving – the brand’s message is critical.

There’s no Substitute for Desire – The brothers’ success can be attributed to many things, but chief among them is the fact that their desire to be successful exceeds any and every thought of giving up. There’s not been a single challenge or obstacle large enough to sway the brother’s commitment. They’ve been described as ‘control freaks in flip-flops’ – immersed in every detail of Vineyard Vines. It’s their desire – that drive – which has them fully engaged in their business and totally committed to their lifestyle. There’s no substitute for desire.

Build an Emotional Connection – The key to any brand’s success is how strong of an emotional connection it generates with its customers. Nowhere is this more evident than with Vineyard Vines. The brothers began by selling a lifestyle – a frame of mind. Consumers connected with that mindset. They aspired to live the ‘good life’. It’s that emotional connection which explains why someone will pay $50.00 for a Vineyard Vine logo’d long-sleeved t-shirt when a similar non-logo’d shirt can be bought for $10.00. People want to feel a part of the good life – they want every day to feel this good.

The magic of the Vineyard Vines brand is what it represents. The smiling whale, the colorful product, and various sponsorships help reinforce the brand essence. In order to be a fearless brand ourselves, we need to be able to tap into our own brand essence, effectively communicate it, and provide true value.