Classical Music, Leadership, and the Power of Possibility 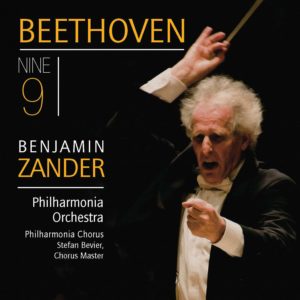 Dr. Walter Zander, a German born Jew, earned the Iron Cross for his efforts fighting in World War I (WWI) on behalf of his country. Following the war, he began a legal practice in Berlin, where he lived with his wife, Gretl. Things changed for the Zanders with the emergence of the Nazis under Hitler’s leadership. Walter realized that, as a Jew, his Iron Cross meant nothing to this new regime. At the age of forty, he moved his family to Gerrards Cross, England. Once there he became an entrepreneur, starting what would become a thriving printing business.

Once again, war would impact his life. When World War II (WWII) began, Walter Zander was one of the thousands of Germans and Austrians sent to internment camps, where they would be kept until a determination was made regarding their threat, or lack thereof, to England. After the war, Zander was appointed secretary of the British Friends of the Hebrew University in Jerusalem, a post he held for the next quarter of a century. A wholehearted Zionist, he had grave concerns about the attitude of Zionism to the Arabs who lived in the land where the new state of Israel was to be established. He authored a pamphlet titled Is This the Way? – which had great impact on the world’s intellectuals, but not the politicians on either side of the discussion.

Dr. Walter Zander was truly a great man – but the focus of this writing is one of his four children – Benjamin Zander. I write so much about Walter because of the influence he had on the world and his children, notably Benjamin.

Walter was a great lover of music. He kept a mini-score of Anton Bruckner’s Fifth Symphony with him while fighting in the trenches of WWI. His love of music passed easily to Benjamin, who, at the age of 9, began composing music. His musical scores gained widespread recognition, in particular from renowned British composers, Benjamin Britten and Imogen Holst, with whom he studied for three years.

In addition to composing, Benjamin Zander began to study the cello at age 10. By the age of 12, he became the youngest member of the National Youth Orchestra of Great Britain. His musical training continued, as did his general education, earning a degree in English Literature at the world-renowned University College of London.

Zander would perform as a cellist, give recitals, teach at the Yehudi Menuhin School of Music, and add piano to his musical arsenal. Eventually, in 1965, he moved to the United States where did graduate work at several universities. In 1967, he began teaching at the New England Conservatory of Music and did so until 2012. He was named Faculty Emeritus in recognition of his forty-five years of service and contributions.

The Boston Philharmonic is one of the world’s most renowned orchestras. It features student, professional, and amateur musicians. That, by itself, makes the orchestra anything but average. However, what truly sets the Boston Philharmonic apart is its vision of “passionate music making without boundaries.” This is the vision of its founder and Conductor, Benjamin Zander.

Greatly influenced by his father – and music – Benjamin Zander is a fearless brand.

From his father, Benjamin learned to look at life’s possibilities – to remain positive in the face of challenge, no matter how unfair they may be. Walter had every right to be bitter, cynical, angry, even desperate – yet he chose to be tolerant, gentle, courteous, generous, civilized, honorable.

From music, Benjamin learned that there were endless possibilities to bring people together, to bring joy and happiness where none may have existed.

Benjamin Zander has always been deeply committed to making classical music accessible and engaging for all listeners. Yes, he is totally convinced that all listeners can become engaged with classical music. It’s with that vision in mind that Zander is also the Conductor and Musical Director of the Boston Philharmonic Youth Orchestra (BPYO). The BPYO, comprised of high school and university students and formed in 2012, had their first international tour in 2013.

Unabashedly in love with music, Benjamin Zander is driven, passionate, and, to some, maniacal. He often creates performances which include musical pieces never paired before – mainly because of their difficulty and the energy each requires. For Zander though, it’s about finding the flow of music, having the music move the audience, the musicians, and yes, the Conductor.

Zander and his current wife, Rosamund Stone Zander, co-authored a book titled The Art of Possibility- Transforming Professional and Personal Life. First published in 2000, the premise of the book is simple: “In the face of difficulty, we can despair, get angry…or choose possibility.”

Benjamin Zander, now almost 80, is as active and involved as ever. He continues to conduct, compose, educate, and speak. His 2008 TED Talk, The Transformative Power of Classical Music has had over 10 million views. In it, Zander’s unbridled enthusiasm for classical music, and his conviction that it’s truly for every listener, is unmistakable.

The things that we can learn from Benjamin Zander can truly be transformational, allowing us to see and seize possibilities, and become a fearless brand ourselves.

Seek possibility – Looking for what’s possible, seeking what ‘could be’ versus what is, losing predetermined constraints – all open the door to achieving results greater than imagined, if imagined at all. As Benjamin Zander puts it: “In the measurement world, you set a goal and strive for it. In the universe of possibility, you set the context and let life unfold.” What a powerful concept – one at the very core of becoming a fearless brand.

Make sure their eyes are shining – “I have a definition of success. For me, it’s very simple. It’s not about wealth and fame and power. It’s about how many shining eyes I have around me.” Zander literally looks for the shining eyes around him. If the eyes are not shining, he asks himself “Who am I being that their eyes are not shining?” As a leader, it’s our responsibility to create the excitement, to generate interest and understanding. As you lead, look at their eyes – make them shine!

One buttock playing – Zander learned that the music must move the player, it should move the audience. He once had a student whom his physically shifted so that he was sitting on one buttock while playing, and the music took flight. The lesson? Be open to movement. Allow yourself the gift of spontaneity and freedom. Live life on one buttock.

Embrace the capacity of those you lead – One of my favorite lines from Benjamin Zander’s TED Talk is this – “It’s one of the characteristics of a leader that he not doubt for one moment the capacity of the people he’s leading to realize whatever he’s dreaming. Imagine if Martin Luther King had said, ‘I have a dream. Of course, I’m not sure they’ll be up to it.” To inspire those we lead, we must start with our own conviction – we must fully embrace our own dream. That is a must if we expect anyone to be moved.

Benjamin Zander is certainly a unique individual – one whose life has been shaped by lessons from his father and his own experience. Being a fearless brand is not about being world-renowned – rather, it’s about contributing what we can as best we can. Live life on one buttock and look for the possibilities, you’ll be amazed at what will transpire.