Building a Brand in the Trenches 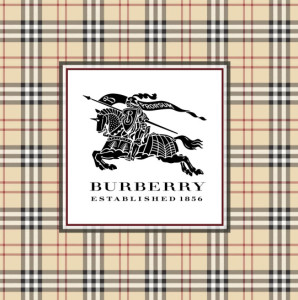 When he apprenticed at a draper’s shop, he likely had no idea how that would shape his career – and his life. Yet selling fabric to clothiers did exactly that. In 1856, he opened his own outfitting business in Basingstoke, Hampshire England. There, he began to focus on making and selling durable outerwear.

While only 21 when he opened his company, he was shrewd enough to enlist well known adventurers and explorers to wear his goods. Based partly on this strategy,  his company expanded in the 1890’s – opening stores at 30 Hawthorne in London and 8 Boulevard Malesherbes in Paris.

Perhaps his biggest accomplishment came in 1879 when he invented (and patented) gabardine – a wool-based fabric which is both warm and waterproof. Over the next several decades, his gabardine clothing and tents were used by the first team to reach the South Pole, the first aviator to fly between London and Manchester and the team that began to chart the Arctic Circle.

In 1912, an outer coat known as the Tieklocken found favor with military officers in the UK. When World War I broke out, the British army ordered an adaption of that coat. To the soldiers who wore it on the battlefield, it came to be known as the trench coat. Shortly thereafter, the company began to use an inner liner featuring a specific tartan plaid of camel, red and black.

The company which had been known for durable and functional high-quality apparel, had now become relevant in the fashion industry. The coats could be seen on people ranging from British royalty to French fashionistas and eventually on the big screen when worn by Humphrey Bogart in the film Casablanca.

The coats – the entire product line – continued to gain popularity and grow as fashion items. Even the negative impact from the anti-establishment movement of the 1960’s was abated when the Beatles sported the company’s coats.

A fearless brand had been built.

Sales continued to increase as the brand gained in stature among the fashion and luxury-minded.  Great Universal Stores (GUS), who had purchased the company in the mid 1950’s, was determined to grow bigger and faster by expanding both geographically and the product line. In 1970 they signed their first licensing deal to capitalize on a growing Japanese market.

In December of 2005, GUS had fully divested itself of any ownership. That year, there were over 20 licencees worldwide – the product line had expanded to include items ranging from leashes and cover-ups for dogs to kilts. Added to that, designs were inconsistent across licencees. Some countries had even begun a strategy of creating and selling a line of budget items. The company had lost its focus and the brand that suffered as a result.

The company hired a new CEO in 2006, Angela Ahrendts. Managers from around the world arrived to attend her first strategic planning meeting – not one of them wore the company’s flagship coat. Changes were indeed needed.

Could this brand-focused female executive hailing from America’s midwest, with her fashion and luxury experience in companies such as Donna Karan and Paul Charron resuscitate this fledgling fearless brand? She had a simple – albeit not easy – vision. Centralize design and focus on innovating core heritage products. With that as the core strategy, the company set out to restore the luster and luxury inherent in the rich heritage and tradition of a once and future fearless brand – Burberry.

Fearless Brands need to be consistently and effectively managed

Over its 150+ year heritage, Burberry had become a brand known for  quality, fashion and durability. Its historical association with explorers and adventurers, the British military,  films and celebrities, the Royal family made it a uniquely British. All of the elements which built a small outfitter into a worldwide icon were still present, however the company had lost focus on its core asset – its brand. Even with such an eminent lineage, it is impossible for one company to be all things to all people. This is especially true in a luxury segment. There is a fine balance between sales growth and maintaining a unique and affluent status.

Under Ahrendts’ leadership, the company set out to revive and reinvigorate the Burberry brand. As you review and upgrade your brand, use these strategic elements as a guide – they translate to any brand.

Passion – Get back to the core basics – Thomas Burberry was 21 when he began his company – young and innovative. It was time to bring back that spirit through fresh, creative even visionary thinking. It was outerwear, especially the trench coat, which built Burberry. It was essential to once again make that the core focus of all business.

Focus – Lead with the Brand – A great brand is built on quality, authenticity, relevance and consistency. The brand experience needs to be essentially the same in every instance. Understanding this was one of Ahrendts’ true strengths. She had all brand designs go through  the creative director – Christopher Bailey – in essence making him the ‘brand czar’.

Clarity – Educate and communicate – Employees, especially at retail, had come to take the path of least resistance. It was easier to sell a polo shirt than a trench coat. The company set out to educate its own personnel as to the quality and craftsmanship of Burberry goods. Educating and shifting thought processes would be essential to reestablishing the Burberry brand.

Marketing Momentum – Core focus, consistency and clarity combine to create a strong marketing momentum. Ahrendts certainly knew this as she built her marketing strategy. The trench coat became the platform from which all advertising and marketing was created. Consistent design and knowledgeable engaged employees increase the power of marketing exponentially.

Business Growth – Your brand is your greatest asset. Angela Ahrendts knew that. Building and maintaining a strong and fearless brand has many results – but none greater than a healthy growing business. A brand which is authentic and relevant is essential for any business seeking ongoing and long-term success.

Burberry is much different today than it was ten years ago. The brand – complete with its trademark tartan plaid – is as fearless as ever. Sales and profits have been increasing year over year. As of March 31, 2015, Burberry has revenues of US$3.5 billion and net income of US$512  million. Angela Ahrendts moved to Apple in 2014 for a compensation package worth over $73 million annually (no, that’s not a typo. By comparison CEO Tim Cook makes a mere $9 million). Christopher Bailey is now CEO as well as Chief Creative Officer and Executive Director.

The Burberry brand is back on track with a fresh, contemporary and powerful positioning within the luxury segment – a fearless brand once again.

Manage your brand. Be authentic. Be consistent. Be focused. Building your fearless brand will have powerful results.