Branding is Like Riding a Roller Coaster – Twists, Turns, Excitement 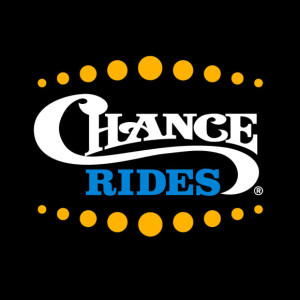 C. P. Huntington was the first locomotive purchased by the Southern Pacific Railroad – it featured the number 1 and was named after the company’s third president. It was also one of the engines that led Harold Chance’s passion for trains. This love led him to work building small trains for the Ottawa Amusement Company and after designing a 24 gauge replica of the C. P. Huntington, he started his own company in 1961.

The trains were an immediate hit with amusement parks, zoos and other entertainment venues. Soon he began to manufacture a variety of rides for those same parks. His son, Dick, bought the company in 1981 and expanded even further. He started a motor coach division and designed bigger and better rides such as the 90-foot-tall Giant Wheel and the pendular Pharaoh’s Fury. Importantly, he pioneered the concept of trailer mounted rides which opened an entire new market – traveling fairs.

In 1971 he purchased the assets of the Allen Herschel Company which at that time was the largest manufacturer of amusement rides in North America. This acquisition added carousels to a still growing product line. Business was good, growth was steady. By this time, Dick’s son Mike had joined him in the business. They were looking to introduce a WOW product, which in the amusement business meant one thing – roller coasters.

Dick had created a business model in which his company carried the financing for his customers. While a very successful approach, it led to unusually high accounts receivables. It got to the point that nearly 25% of the accounts were over 90 days past due. The company Chance partnered with to provide financing, CIT, had been tolerant of this situation for years. However, CIT was purchased in 2001 by TYCO, a large insurance company, who was unwilling to wait for payment. To protect his company, Dick declared Chapter 11 bankruptcy in spite of realizing that this action would likely thwart their expansion plans.

However, hard times weren’t exclusive to Dick and his son. They were contacted by Dana Morgan who was looking to sell his roller coaster company. When Morgan first started his company years earlier, he had taken advantage of Chance’s financing program. Even though they were competitors, that financing had created a relationship which would later have an unexpected result – Morgan was determined to sell his company to the Chance family.

Opportunity had knocked – the Chance company’s product line now included roller coasters. The question remained – could they sell roller coasters when Morgan couldn’t? Father and son drove to Oklahoma City to speak with the president of Six Flags. Yes, Six Flags was in the market for two new coasters and yes, they would purchase from Dick and Mike. Their coaster business could – and would – become a success.

Chance’s company celebrated fifty years in business in 2011. The business had reached revenues as high as $50 million annually with a work force of over 400. Recently things have slowed down as huge properties with gigantic rides such as Disney and Six Flags continue to impact the business of traveling fairs and smaller amusement parks. Yet in spite of the current slow down, the company continues to be the largest manufacturer of amusement rides in North America and all of their product continues to be made in the U.S.

The company which Harold started has thrived at times and had to hold on at others just to survive, but they never wavered from their mission to build fantastic attractions and to bring fun and joy to as many people as possible.Probably only a handful of those who enjoy the variety of rides could name the company. Yet Chance Rides is a truly fearless brand because they haven’t lost the passion that founded the company or the commitment to quality that has made it a success.

The company founder, Harold Chance, passed several beliefs to his son Dick and in turn, to his grandson Mike. Two of the most noteworthy are:

– “Treat people right, be honest, work hard. Things will take care of themselves.”

Those principles, combined with a concerted effort by Dick and Mike Chance are what has allowed Chance Rides to continue. When the company was in bankruptcy and facing the reality that the end of the company was imminent, father and son began daily meetings to address every challenge from financial, to sales to operations – every aspect of the company. Their efforts paid off.

Daily meetings continue to this day. It guarantees communication, focus and awareness of virtually every aspect of the business.

As with all fearless brands, there is much to learn and incorporate into your own brand.

Anonymity isn’t always a bad thing – The company name – Chance Rides – means very little to most, if not all, of the people who seek the adventure and excitement of the products they produce. It is vital to those who buy the rides, but to the end-user it’s just not important. To them, the company’s brand is not a name, it’s fun, thrills, safety, excitement, good times. Many businesses try to push their company name to the public when there is no relevance. Stay focused on delivering the value, check your ego at the door and your brand will take care of itself.

Treat people right – Harold’s insight that treating people right will ensure things turn out fine has been shown successful with Chance Rides. Dana Morgan did what it took to sell his roller coaster business to Chance Rides because of the relationship they had built through the years. The financing plan wasn’t structured with a long term benefit or ‘pay back’ in mind. It was just a way to ensure potential customers could get their businesses started and hopefully, become consistent buyers. To be fair, Chance Rides has had to cut back on their work force, something which is all too common these days. As a result, there are some who feel they haven’t treated all of their employees ‘right’.

Be persistent and consistent – Beginning with the premise that your brand knows its why, has the talent and skills needed and is relevant to your prospective customer – don’t quit. If your passion wanes, do what it takes to reignite it. If your skills, talents or assets are falling short – improve them. If your brand isn’t relevant, rethink it’s premise and reevaluate the audience you are targeting.

You don’t need to build the fastest roller coaster, create the most attractive and artistic carousel or replicate the C. P. Huntington engine to become a fearless brand. Just be true to the basics of being authentic, knowing your why, improving your skills and being relevant. When the fast dips and crazy turns come – and they will in business – be fearless…have faith in your brand.