How About Those Cowboys! – America’s Team 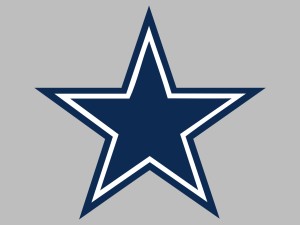 No other state may be more football crazy than Texas – high school football dominates Friday nights and the college teams own Saturdays. However, there was a big void in the Texas sports scene heading into the 1960’s – there was no professional football in the state.

Clint Murchinson Jr., a wealthy Texas business man, had been trying to obtain a National Football League (NFL) franchise for Dallas for some time. However, he had been unable to secure the final vote needed – from the Washington Redskins’ owner. Murchinson ultimately secured the vote in a bizarre manner. The disgruntled composer of the Washington fight song sold the rights to him for $2,500 – he then traded the song for the essential vote. Dallas had a new NFL franchise and a heated rivalry had been born.

The team had an dismal beginning – the first season saw eleven losses and one tie. Their first five years saw a record of 18 wins, 46 losses and four ties. The sixth year saw an equal number of wins and losses and a playoff game – a blowout loss. On the surface, things were somewhere between mediocre and dire.

However, the franchise had a plan – and had been building on it since day one. The General Manager, appropriately named Tex, was given more power than any other GM in the league. He realized that the NFL was entertainment – and that’s what he set out to do. He began by hiring a coach and a head scout who had the talent to build a winning team. The team wore white jerseys at home – against the norm of the time – so the Dallas fans could see the full colors of the opposing teams. He converted the cheerleading squad into a dance team – one featuring beautiful women, sexy outfits and go-go boots. But from the beginning, his primary focus was the game of football and success on the field.

The head coach he hired had been a defensive coordinator for the New York Giants when the offensive coordinator was one Vince Lombardi. This new Dallas head coach was an innovator in the game of football. He had created the “4-3 defense” which essentially created the middle linebacker position. Not satisfied, he refined that defense into what he called the ‘flex’ defense, ironically, designed to offset Lombardi’s offenses (now the head coach of the Green Bay Packers). His offense featured the ‘shotgun’ formation and ‘pre-shifting’ designed to confuse the defense.

There was a new owner in 1980, but discouraged by poor results, he sold the team in 1989 for $150 million to an oil man from Arkansas. Today, the franchise is estimated to be worth more than $3 billion. They have won five Super Bowls and ten League championships. They had a string of twenty consecutive winning seasons, a mark that still stands. Their home stadium is the largest domed stadium in the world and cost $1 billion.  They have been unofficially dubbed ‘America’s Team’.

All of this success isn’t what defines a fearless brand. These results are because the Dallas Cowboys were built to be a fearless brand – a brand built through innovation and a commitment to excellence. All of the efforts combined to create a deep emotional connection with football fans – not just in America – but throughout the world.

America’s Team. The Cowboys have only won two playoff games since 1996 – both wildcard games. They haven’t been in the playoffs at all in five years. So how are they are still America’s Team? The Cowboys still draw higher prime time television ratings than any other NFL team. Theirs is a rich history filled with championships, bitter rivalries, Hall of Fame players, blockbuster trades and arguably the most flamboyant  owner in professional sports. The football glory is beginning to fade, but the love for the Cowboys is stronger than ever, a sign of a fearless brand.

Jerry Jones is the owner, president and general manager for the franchise. That last position is the one for which he receives the greatest criticism. Fans and experts alike say he needs to bring in a ‘football man’. That isn’t going to happen. Jones is determined to maintain and grow the popularity of the Cowboys – as well as their net value. He also believes to his core that he will be the person that returns the Dallas Cowboys to their glory days on the gridiron.

There is much to learn from the Cowboys – both what to do and what not to do.

Create an emotional connection with your customers

Cowboy fans are some of the most loyal and fanatical of any in the National Football League. Their detractors are equally passionate. Both sides of the spectrum help drive their continued popularity and success as a business. Connecting on an emotional basis was part of the platform developed by the original general manager, Tex Schramm. The Cowboys’ franchise is more than football – it’s entertainment.

The Dallas Cowboy cheerleaders, an extravagant stadium, high dollar contracts and optimistic talk will not keep that emotional connection vibrant. Jerry Jones, the owner, is almost bigger than life. He is genuinely passionate about the Cowboys and his belief that on-field greatness will return. He has said that his greatest fear – what he has to be ever vigilant about – is remaining relevant. Without football success – championships – the emotional connection will eventually fade and with it the mystique of the franchise.

Being the owner, having untold wealth and great intentions will not guarantee success. Perhaps the critics are correct – perhaps Jones needs to step down as general manager and bring in a brilliant football person for that role. One thing is for sure, Jones has the money and the ego to maintain the status quo in the team’s management. What is not certain is if it will work.

When building your own fearless brand it’s important to remember that people’s behavior is driven by emotion in virtually every situation. Creating and delivering value – being relevant – is critical to sparking that connection. Having the right people in the right positions helps quite a bit as well. 🙂

Regardless of how this season unfolds you can count on hearing this statement ‘How about them Cowboys!’. The question is this – will it come from proud Cowboy fans, cynical Cowboy ‘haters’ – or both? Either way, know that the Dallas Cowboys franchise is a fearless brand.