How a Group of Entrepreneurs Endeavor to Impact the World 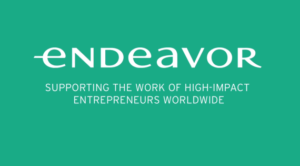 Peter Kellner’s father was a Hungarian immigrant whose family consisted of a long line of entrepreneurs. His mother’s family had settled in Massachusetts in 1635. After he graduated from Princeton University, Peter traveled to Hungary on a Fulbright Scholarship. There he built an NGO, the Environmental Management and Law Association, before moving to Russia to start a company that would clean up oil wells. Kellner also attended the Harvard Business School and the Yale School of Law. While still at Princeton, Peter met Bill Drayton, the founder and head of Ashoka, a global nonprofit network for social entrepreneurs. Drayton would have a significant impact on his life.

Linda Rottenberg grew up in Newton, Massachusetts, a suburb of Boston. Her family was supportive and stable, which Linda says gave her the confidence to be curious. She was always entrepreneurial, but not in a lemonade stand way. Instead, she focused on creating cause-related organizations. She enrolled in Harvard University at 18. There, she became enamored with economist Joseph Schumpeter’s theory that entrepreneurs, with their ‘creative destruction’, were the key to sustainable growth. She went on to earn a degree from the Yale School of Law. Linda realized that she did not belong in law or in corporate America. He life-long interest in Latin America led her to take a job at Argentina’s Universidad de Palermo. It was there that she discovered Ashoka, ultimately working directly with Bill Drayton. Rottenberg had found her niche.

Linda and Peter, who had met through Ashoka, were sharing experiences over drinks one night in 1997. Peter had just returned from a Harvard Business School trip to China to witness and study the explosion of entrepreneurial activity there. Linda was just back from Ecuador, where a PhD in Engineering was her taxi driver because he couldn’t find other work. She learned that there wasn’t even a word for entrepreneur in Spanish. Their experiences, their purpose, their drive and ambition led the duo to do what most entrepreneurs have done – they mapped out a business plan on the back of a cocktail napkin.

More than a business plan, Linda and Peter created a shared vision. Falling somewhere between capitalism and philanthropy, the plan represented a form of meritocracy. Its purpose was to support and empower entrepreneurs in emerging countries by providing them with access to resources which would allow them to scale their business.

Part of what made the vision unique was that it would focus on existing businesses – supporting ‘scaleups’ vs ‘startups’.  Even more unique was their commitment to emerging markets. It was no surprise that there was no shortage of skeptics, many calling Peter and Linda – or at least their ideas – ‘crazy’.

Using seed money from Kellner’s family, the program launched in Chile in 1998. The plan was to launch there first, but expand globally quickly. Linda and Peter had designed a five stage pull model.

Those who called Peter and Linda crazy were right in one sense. It took a lot of crazy to create and execute this strategy. Those who thought their crazy would mean failure were proven wrong – in a big way.

In 2015, over $8 billion in revenue was generated by 1300+ entrepreneurs across 23 countries and 3 U.S. cities. 3,000 mentors and leaders donated over 30,000 hours of their time in 7,000+ sessions. The initiative has become the leading high-impact entrepreneurship movement in the world. These are the results of Peter and Linda creating a fearless brand – a nonprofit company called Endeavor.

Further proof that the concept works is that Endeavor entrepreneurs have created over 600,000 jobs worldwide. Further, 95% of Endeavor enterprises operate for over 8 years. There has clearly been a massive financial impact to communities with the entrepreneurial enterprises. Endeavor has been called “the best anti-poverty program of all”.

Why does it work so well? Linda puts it this way “Endeavor doesn’t create entrepreneurship. It already exists, in every country. We just catalyze the conditions under which it can thrive.”

When it comes to building and upgrading your brand, there is much to learn from Endeavor and its founders.

Be open to receiving – Receiving? Really Bill? Absolutely. Both Peter and Linda spent time seeking their purpose in life – their calling. Each pursued extensive education. Each traveled extensively. Each was open to discovering. They were each open to receiving – without expectation. They trusted the process of discovery – embracing the resulting outcome. The entrepreneurs that Endeavor supports are also open to receiving. They act on their vision with no guarantee of success. They do the work. They focus on their plan and they are open to receiving the fruits of their labor. Not one business started with the expectation that Endeavor would show up and provide support and guidance, yet each one did what was necessary to put themselves in the best position to receive what those efforts would yield.

Find your catalyst – As Linda said, Endeavor doesn’t create entrepreneurism – it acts as a catalyst. Each of us has a brand – our personal brand and perhaps a business or product which, of course are brands. What we need to discover to create our best brand – a fearless brand – is a catalyst. We need to find the support, advisers and resources which fuel our drive to elevate our brand and achieve success. Find what works for you – perhaps it’s a business partner or a coach; it might be further education or a loved one. Find your challenger, your champion, your catalyst.

It Takes a Little Crazy – One of Linda’s many nicknames through the years was “la chica loca” – the crazy girl. Having a touch of crazy is necessary if you’re intent on expanding your brand, your impact, your value. Success comes from stretching our comfort zone. The more ‘crazy’ involved – the greater the stretch. The more we expand our comfort zone, the more we are able to accomplish and accept.

Peter and Linda created a vision which has been embraced on a global scale. The vision has impacted hundreds of thousands of lives. Peter and Linda built themselves into fearless brands and in turn, created Endeavor, a fearless brand with tremendous results. If you want to achieve powerful results – follow the model which made Endeavor the success that it’s become – build your fearless brand.