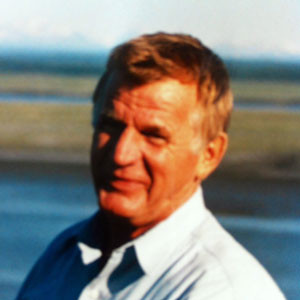 Born in Charleston, West Virginia on April 7, 1928 he began to really learn about life – about himself – in his very early teens.  His first  job was running a paper route. As the ‘new kid’ he was given what was deemed to be the least attractive area as it covered a part of town that could be called a bit ‘seedy’. Bars, gamblers, ladies of the evening, hustlers were often just finishing their nighttime activities when the paper boy was making his deliveries. He was young and cute and charming and quickly found that he fit right in with the attitude of his route. When offered the opportunity to move to a better neighborhood, he chose to stay where he was.

In short order he joined the United States Marines where his understanding of life – and himself – continued to expand. After his military career he attended Tulane University in New Orleans and Washington University in St. Louis studying engineering and architecture. It was 1954 when he launched his first business – Midwest Pool and Court Company.

Not only did his company thrive in St. Louis – he became known internationally as an expert within the pool industry and an aquatic center pioneer. This expertise came from – and led to – his having a hand in the design, planning and/or creation of hundreds – if not thousands -of pools. Pools which ranged from the back yards of friends and family to facilities used for international competition.

Fearless brands embrace their uniqueness and share that value with the world.

Ken has been called the Pool Wizard. He was a lead consultant on the construction of the aquatic center for the 1996 Olympic games in Atlanta. He helped to create facilities in Colorado, Alaska and Hawaii to name but a few. Ken was the person brought in by the Augusta National Golf Club when they wanted an indoor pool and sauna on the property. That is the job on which he received what he has called the best direction ever given by a client. The club president said “Ken, we want the very best technology and design for this project but it needs to look as though Bobby Jones just stepped out of  it.”  Brilliant direction – and of particular interest this week as The Masters is underway.

To define Ken merely in the wrappings of his professional life not only doesn’t do him justice, it would not qualify him as a truly fearless brand. It is the totality of individuals which define their essence – their brand. Yes, there is a great deal more to Ken.

To begin with, at this point I need to disclose that Ken is a dear friend of mine – has been for over twenty-five years. In recent years, he defeated prostate cancer, was diagnosed with Parkinson’s disease and then suffered a series of small strokes. It was then that he and I began speaking virtually everyday – providing me with a unique understanding of this week’s fearless brand.

This past Monday was Ken’s eighty-sixth birthday. It was also his final day. He moved on to the next realm surrounded by his wife and his four children. He passed peacefully, without pain and with his dignity intact. He died exactly how he had wanted to – and to know Ken is to be anything but surprised that his life ended on the same day it began. What could be better for an engineer and architect?

Ken was  incredibly bright and always curious. He loved nature and cherished the wildlife which frequented the house he and his wife Nancy shared. Ken went so far as to name and feed the raccoons – which actually turned out to be ill advised when one bit the hand that fed him.

One place that Ken was always happy was next to the pool in his back yard. He was delighted when cordless phones became available so many years ago because he could sit in the sun, by the pool and speak with friends, business associates and family without having to venture inside. His standard phone greeting quickly became “Hello. This is Kenny. Poolside. Cordless.” It was a line he used as recently as two weeks ago.

Ken was diverse in his interests and his activities. He was a lover of adventure – hiking – scuba diving – piloting planes. He owned race horses, played a mean game of poker and was known to have a soft spot for the ladies. He designed children’s playground equipment for fun – and because he loved kids, especially his grandchildren.

Ken played a role in solving a challenge with the design of the roof of the St. Louis Science Center planetarium. He suggestion of  a  pool construction tactic – guniting – produced the cement strength needed to build the hyperboloid shape.

Ken’s work has touched hundreds of thousands of people who will never know his contributions – or that he ever lived. Athletes and fans of the Olympics; the countless people who have swum in one of his pools; kids who have played and been delighted on the playground equipment he designed, every one who sees the spectacular shape of the Gyo Obata designed St. Louis planetarium and so many more.

The single most important attribute of a  fearless brand is authenticity and it is in that spirit that I point out that Ken had a dark side. Beginning with his paper route, he began to recognize – and embrace – what he referred to as his ‘bad boy’ traits. Throughout his life he fought drinking problems and struggled with authority.

Here is the lesson to take from Ken’s story – from his life.

There are two factors which make Ken a fearless brand. The first is that he had the courage to address his challenges via soul searching – seeking answers – taking appropriate action – constantly seeking self-improvement. The second aspect is equally critical. Ken was able to accept all of his positives – while consistently seeking ways to use those talents to add value to the world.

A fearless brand does not imply perfection and Ken is certainly no exception. However, he left this world as an authentic person, comfortable with who he was. He died a man of long term sobriety. He had countless friends. His family loved him and appreciated who he was as a man.

Ken is a wonderful example of a fearless brand – there’s much to learn from his life. My heart is heavy when I think of how I will miss him…but I smile broadly when I picture him at that big pool in the sky saying “Hello, this is Kenny. Poolside. Cordless.”