The Journey From Traveling Hopefully to The Hope-Driven Leader 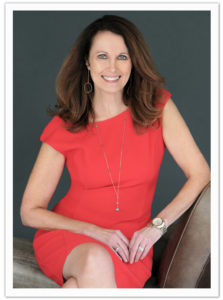 In the business world it’s rather common to hear about hard-charging, go-getters, striving to climb the corporate ladder. It’s rare, though, to hear about a person who willingly steps off of that ladder. Libby Gill is one such person. After waiting tables to earn tuition and earning a degree in theater from Long Beach State University, Libby entered the entertainment industry.

She began as an assistant in a small production company. Her talent and intuition coupled with three mergers in five years led her to be named the vice president of publicity, advertising and promotion for Sony’s worldwide television group. for the next twenty years she enjoyed a highly successful corporate career including positions as the head of communications for Sony, Universal, and Turner Broadcasting.

It wasn’t until she was in her mid-forties that Libby began to realize corporate life wasn’t her true calling. In 2002, Libby left the corporate life and founded Libby Gill & Co. – a coaching and consulting firm. One of her early clients was none other than Dr. Phil McGraw, who was beginning his career in television. Libby Gill played a key role in guiding McGraw through the tricky nuances of the entertainment world.

Moving from a stable corporate position to become an entrepreneur took a great amount of courage – but her courage would soon be subjected to an even greater test. Libby began to realize that there were several factors from her childhood that she didn’t fully understand – nor had she fully dealt with them.

Born the fourth of six children, Libby grew up in Mandarin, Florida – just outside of Jacksonville. By most appearances, her family life seemed almost idyllic – but that was not the case. When Libby was eight, she was molested by a gardener. Her oldest brother died in a car crash on Christmas day when Libby was ten. Her parents had a tumultuous marriage which ended in a bitter divorce.

Her courage and determination allowed her to address her childhood issues head on, accept them, understand them, and resolve them. In addition to her successful career, Libby had written and published two books. She would write a third book to share her story and how she dealt with her issues. She published Traveling Hopefully, a book which included specific, easy-to-follow exercises which could help countless others who were affected by family of origin baggage.

This story may sound familiar to long time readers – Libby Gill was one of the very first subjects of my Friday’s Fearless Brand series (click here to read). So why feature her again? Branding is a process – brands evolve – and Libby Gill is a prime example of that.

Fearless Brands continue to evolve and increase their value

Libby Gill is a fearless brand – having embraced her passion, crystallized her purpose, and been persistent in the pursuit of both. Having found inner-peace through her personal journey, she has gone on to coach hundreds and reach thousands more as a keynote speaker. A branding expert herself, Libby understands that brands evolve and increase their value over time. She has done just that.

The Hope-Driven Leader – Harness the Power of Positivity at Work is Libby’s newest book – it’s release date is April 10th. (click here to pre-order). As was the case with Traveling Hopefully, Libby’s new book is an action guide, delivering specific skill-building topics based on research and illustrated by personal stories and case studies. Through the book, Libby shows high-performing individuals and organizations why hope IS a strategy – if you have the right mindset, methodology and expertise. The Hope-Driven Leader promises to become a leadership classic.

Be courageous – walk through your fear – Libby Gill has found inner-peace, happiness, and success because she’s demonstrated courage on many levels. Leaving the relative safety of a corporate executive role to start her own business was a daunting decision. Yet Gill was able to embrace her passion and make that move. Revisiting childhood issues – many of which were deeply rooted and long-hidden, took even more courage. She not only faced that fear, she was courageous enough to share her experiences in order to help others. We need to be equally courageous if we are to achieve our own success and peace.

Powerful brands grow in value – Your brand is very simply your value. The greater the value we can deliver, the greater results we’ll achieve. Libby Gill could easily have stopped pursuing self-improvement and greater success anywhere along the line. Instead, she followed her instincts, listened to her ‘gut’, and continues to achieve greater success and personal satisfaction. Increasing our value is something we all can seek to accomplish. Remember – “Provide exceptional value, enjoy extraordinary results”.

Hope is powerful – Libby Gill described her journey into personal discovery as “Traveling Hopefully” because doing so provided hope for a better future. That hope became a reality. The Hope-Driven Leader is not just a book based on a feel-good theory. On the contrary, in it, Gill explores how the science of hope theory can have a positive impact in the workplace and beyond. Hang on to hope. Believe in the power of hope. It works.

This is the first time that I’ve had a repeat Friday’s Fearless Brand – it won’t be the last. Why? Brands evolve. Value increases. It’s a truth from which we can all benefit. Libby Gill is a powerful example of how a fearless brand continues to grow and deliver greater value. As our brand evolves so does the value we deliver to others. Likewise, our own value increases and, in turn, so does our self-fulfillment.