How to Brew a Successful Brand 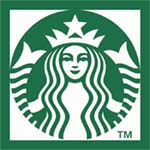 The three had plenty in common beginning with their friendship. Each graduated from the University of San Francisco – one a history teacher, one a writer and one an English teacher. The three – Zev Siegel, Gordon Bowker and Jerry Baldwin – discovered that they shared an entrepreneurial spirit.

They had learned the art of roasting coffee beans from Adam Peete, a Dutch immigrant who brought his experience and skill with him from Europe. At Peete’s urging, the trio decided to open a retail store where they would sell whole bean coffee and brewing equipment. They opened their store in Seattle in 1971. Wanting a nautical themed name, they discussed naming the company after the Pequad – a whaling ship in the novel Moby Dick – but named it after that ship’s first mate instead. To further the ties to the seafaring theme they chose a twin-tailed siren (mermaid) from Greek mythology.

In the beginning, they brewed coffee on premise for sampling purposes only – not for sale. After five years the store was relocated to Pike’s Place Market – they had begun selling brewed coffee. At the core of the business was the trio’s love of coffee which was evident in their passion for the roasting process and their commitment to educating their customers about high quality coffee. All of this combined to generate quite a bit of interest and excitement.

Howard Schulz sold coffee equipment to the company. In 1981 he traveled from New York to Seattle to see for himself what all of the buzz was about. What he discovered made him want to be a part of the company. In 1982 he was hired as the Director of Retail Sales and Marketing. He visited Milan, Italy two years later and returned determined to replicate the experience of the Italian coffeehouses. Yes, they featured great espresso, but they also served as a place for conversation and created a sense of community. The concept was put to the test in downtown Seattle and in 1984 the company served its first Cafe Latte.

After a brief departure when he started his own company, Schulz returned in 1987 intent on buying the company – and he did just that. He was determined to create a ‘third place’ – one between work and home – a place to relax, socialize and enjoy the indulgence of a special coffee. In 1992, with 165 stores and revenue of $73.5 million, the company raised $25 million in an IPO. With that, expansion increased exponentially – within two years there were 425 stores. The product line was expanded to include blended coffees and a super-premium ice cream to name but a few. Their coffee shops proliferated throughout the U.S. and began to expand internationally.

In spite of serious struggles early this century, today they are the largest coffeehouse company in the world with over 21,000 stores in 65 countries and had nearly $1.5 billion in revenue last  year. They have dozens of products including a wide range of coffees, teas and general merchandise. They even own their own record label. Importantly, they are that ‘third place’ Schulz envisioned when he bought the company. It’s not the accomplishments that define a fearless brand.  They have achieved such incredible success because Starbucks™ was built to be a fearless brand.

Fearless Brands are relevant, resilient and able to refocus.

Everyone knows Starbucks. It seems that there is a Starbucks on every corner in every city. Some joke that to expand further, Starbucks will have to open new stores inside of existing ones. Terms such as grande and venti – products like Frappuccino and Teavano become quite familiar. Which of us hasn’t been in line  behind someone who is ordering a venti, iced, skinny, hazelnut, Macchiato, sugar-free syrup, extra shot, light ice, no whip. Phew 🙂

There is no denying the general awareness and success of Starbucks since its inception. However, it’s the last seven years which paint the clearest portrait of why they are a fearless brand. Heading into 2007, sales and profits were diminishing. Strong new players such as Dunkin Donuts and McDonalds initiated vigorous new efforts in the coffee market. Employees – partners as Starbucks refers to them – were feeling more pressure and less valued.

Schultz, who had stepped aside as CEO at the start of the century, convinced the board in 2008 that he should once again assume that role. He realized that the company had lost its focus on his original vision. The Starbucks brand, he contended, had become somewhat of a commodity. Stores had lost some of their charm and neighborhood feel. Rapid expansion, operational efficiencies and cost control measures had taken precedence over core values. These moves also impacted their partners, who saw work conditions get more strained while benefits seemed to lessen.

Schultz took immediate and significant action – most notably he assumed full responsibility for the company’s plight, even though he had not been the CEO. His solution? Focus on Starbucks’ core values, fully embrace and appreciate their partners and recapture the magic customers found in their local stores.

Focus on core values – In 2008 – a time when the company was in a shaky financial condition – Schultz spent $30 million to bring 10,000 partners to a convention in New Orleans. There, everyone participated in community service – for which the recent devastation from Hurricane Katrina provided great opportunity. Team building activities reinforced guiding principles and the significant role partners played in creating the customer experience and driving the company’s success.

Invest in the partners – The convention reiterated the importance of the partners to Starbucks – for Schultz it wasn’t just rhetoric.  Over time, Starbucks increased pay, provided partners with free food and  created a plan to cover college tuition for eligible employees – both full and part-time – through Arizona State’s online school, one of the largest in the nation.

Reconnect with the ‘locals’ – Starbucks has committed to a renewed focus on the neighborhood look and feel for each store. Gone is the cookie cutter approach – it’s being replaced with designs and elements unique to each location. This  concerted effort will result in customers having a distinctly special connection with the stores they frequent.

Stay focused on these three points as you build your fearless brand.

Whether or not you’re a fan of Starbucks – they certainly provide a great recipe for how to brew a fearless brand and I urge you to order a ‘trenta’ serving of these lessons.