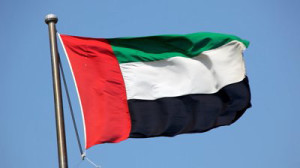 Imagine how adventurous one must be to start planning the celebration for their 5oth birthday years before turning 4o. Imagine being so bold as to openly invite the entire world to the party. Imagine the thrill of finding out one week before turning 42 that the world said “Yes, we’ll be there!” This is an even more far-fetched scenario given that the original birth was considered virtually impossible – and surviving even a couple of years would be miraculous.

However, in a mere four decades, the vision of unifying seven Trucial sheikhdoms into a single independent country has been realized. Exactly one week before this new country – United Arab Emirates – celebrated their 42nd birthday the city of Dubai was awarded the honor of hosting World Expo 2020. The event starts on the eve of the UAE’s fiftieth year as a country. It is the first time an event of this magnitude has been held in the MENASA (Middle East, North Africa, South Asia) region.

As is the case with all fearless brands – these results are not what earn that distinction. Rather, success such as this is the result of being a Fearless Brand to begin with.

Fearless brands seek and embrace a vision which creates their greatest value and results in stratospheric success.

The making of this forty-two year old brand – nee country – has been in the works for centuries – the area has been inhabited since 5500 BC. Over that time, various outside entities have ruled the area including Portuguese, Ottoman and British Empires. The most recent of these, Great Britain, announced in 1968 that they would end the treaty to protect and administer the area in 1971.

In a region filled with instability, nine independent emirates would be on their own. Sheikh Zayed of Abu Dhabi had the vision to bring the other seven sheikhdoms together as one nation. He determined that the way to do that was to create a union with Dubai, draft a constitution and then invite the other five emirates to join.  (Bahrain and Qatar had already decided to remain independent.)

With that, on 02 December 1971, the United Arab Emirates was born. Having been in Dubai and able to experience the last two National Days I can assure you that no country any where in the world celebrates its birth with more pride, joy and vitality than does the UAE.

The United Arab Emirates is a country which has remained true to its heritage and traditions yet  is very open to foreign cooperation, modernization and investment. It is a Muslim country yet nearly 25% of its residents practice other religions.  The traditional Arabic weekend is Thursday and Friday yet the UAE’s weekend is Friday and Saturday to better accommodate the traditional Western work week.

As a result, the UAE is a thriving country. The economy – already vibrant – is growing. Its two largest cities are Abu Dhabi, by size and Dubai, by population. Both cities boast some of the most unique architecture in the world.  Abu Dhabi is the geographically biggest emirate and holds the majority of the country’s oil reserve.

Dubai is perhaps the better known of the two cities as it has become a cosmopolitan, global city and the cultural and business hub  of the Middle East. While its streets are not paved with gold nor its buildings made of platinum, the city does feature the Burj Khalifa the world’s tallest building, the palm islands, indoor skiing and every luxury brand known to the world.

And now it will be the host city to World Expo 2020 with a theme that summarizes the vision which has made the United Arab Emirates what is is today. That theme? – Connecting Minds, Creating the Future.

Sheikh Zayed’s vision was to bring people and ideas together to create a stable, thriving, productive and relevant country – a country that would not rely on any outside empire for its protection or administration. At the young age of forty-two, the United Arab Emirates is that exactly.

It is that vision and conviction and consistency which is responsible for all of the country’s current achievements and its future accomplishments. Fearless brands deliver their greatest value and the result is stratospheric success.