Surrender Is Often the Key to Success 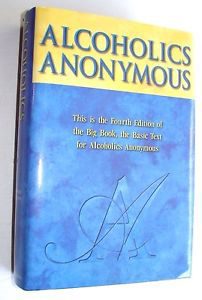 Bob Smith was born in St. Johnsbury, Vermont in 1879. Bill Wilson was born sixteen years later on November 26, less than 100 miles away, in East Dorset, Vermont. That distance, their difference in age and each pursuing different career paths meant that the two would likely never meet. That held true until 1935.

Bob’s childhood was filled with Christian education, activities, practices and principles. He eventually graduated from Dartmouth College and went on to sell hardware for three years. He then chose a different path, returning to school to study medicine. In 1912, he got married and opened a medical practice in Akron, Ohio where he specialized as a colorectal surgeon.

Bill’s parents abandoned him and his sister, leaving them to be raised by their maternal grandmother. In spite of bouts with depression, Bill became captain of his high school football team and first seat violinist in the orchestra. He married Lois Burnham in 1918 just before going to fight in World War I. After his service, he returned to New York. When he failed to graduate from law school he became a stock speculator, travelling the country evaluating companies for potential investors.

Yes, Bob and Bill were on distinctly different paths. However, they shared one significant trait which negatively affected each of them, their families and careers. Both men drank to excess. Because of his drinking, Bob struggled to graduate from college, needing to transfer colleges and sit out for several semesters. For his part, Bill failed to become a lawyer because he was too drunk to pick up his diploma. Alcohol caused problems in school, in the military and in his career.

Both men sought remedies for their drinking – both men failed to stay sober. Separately, each man eventually connected with the Oxford Group, a Christian group which originated in England and had realized a modicum of success helping men stay sober. Their solution was based on religious principles. Even with the group’s support, sobriety was sporadic for Bob and Bill.

During a rare period of sobriety, Bill traveled to Akron for one of his potential investment deals. It didn’t go well. The deal fell through. Walking through his hotel lobby, Bill faced a choice. He could turn into the hotel bar, emitting sounds of laughter and good times – or he could turn away. As he pondered his next move, he saw a message board with the number for a local church. He called, asking if they knew of an alcoholic whom he might try to help.

Eventually, Bill Wilson met Dr. Bob Smith. Bob was in the midst of a seemingly endless drunk, having lost all semblance of hope. Bill began to share his story, his disasters and his successes as Bob continued to drink. That meeting was significant. Together they realized that sobriety is not a matter of will power – quite the opposite, it required the realization that they had no control. Together, the two men had finally ‘cracked the code’ of sobriety. The key was one drunk speaking to another.  No judging, No preaching, Just two drunks sharing their stories of desperation and their desire for a life free from alcohol. It was June 10, 1935.

The two immediately sought another man needing help. They found the third man, also named Bill, in the local hospital. He too discovered the hope and magic that Bob and Bill had discovered. That sequence was the culmination of countless approaches to addressing the hopeless alcoholic. It represented the combined efforts of the Oxford Group, Dr. Carl Jung, Bill Wilson’s friend Ebby, who had first introduced him to the Oxford Group and Dr. William Silkworth, who developed the disease theory of alcoholism.

The movement spread first to New York and then to Cleveland. In 1939, the organization, totaling 100 members, wrote and published a book to share their new found success in achieving sobriety. Since that time, hundreds of thousands of men and women across the globe have found a solution to an otherwise hopeless battle with alcoholism. That organization has been built – and maintained – as a fearless brand, one with a clear purpose, an approach proven to work and widespread relevance. The book and the organization share the same name – Alcoholics Anonymous.

Fearless Brands realize that often surrender is the key to success

Bill Wilson was a promoter by nature, which is why he found success in the investment speculation business. He had big ideas for Alcoholics Anonymous – AA. He approached Nelson Rockefeller, certain that he would garner a massive financial commitment. Instead, what he received was a perspective that has been critical to AA’s success. He was told that if the movement were to remain successful, they needed to remain self-sufficient and free from outside influences. That has happened.

Is Alcoholics Anonymous the perfect program? Not at all. Many people have not been able to achieve and maintain sobriety. There are individuals and groups which have taken the program down a twisted path. What is undeniable, however, is that when it comes to sobriety, Alcoholics Anonymous is the single most effective program in the history of the world.

There’s a great deal to learn from such a successful program – for branding and for living.

You’re responsible for your own success – AA relies on people helping each other, yet success is predicated on each person accepting responsibility for their own actions – past and present. AA is a program of individual accountability and action. The same holds true for your brand. While it’s wise to seek advice from experts, coaches and trusted advisors, action and execution is your responsibility.

Empathy delivers tremendous value – Why did Bob and Bill find success when others hadn’t? Simple. They were able to approach their shared problem with genuine empathy and understanding. The value of putting others’ interests and needs first – to understand them and relate to them – is immeasurable. When it comes to your brand, ask yourself if you are meeting the needs of those you serve or if you’re striving to move them to fulfill your needs.

Think beyond the obvious – AA is founded on principles born of Christianity. However, it is not a religious program – it is a spiritual one. People of every faith have found sobriety through AA – including Christians, Jews, Muslims, Buddhists and others. Bill Wilson and the original members were wise enough to encourage people to embrace the god of their understanding. Seek ways to make your brand relevant to more people while maintaining your core principles. Expand your reach.

Bill Wilson went to visit Dr. Bob Smith on his death bed. The last thing Bob told Bill? “Don’t louse this up!” The same advice is valid relative to your brand. Know your purpose. There is often the need to improvise and adapt as things change, but it is essential to stay true to your basic brand tenets. Build your fearless brand – and don’t louse it up.