A Powerful Brand Helps Your Business to Bee Better 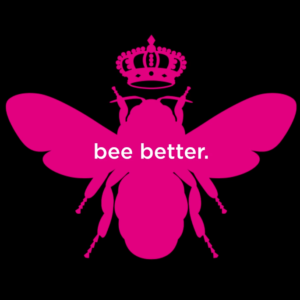 David and Randy quickly developed a friendship, based in part on their shared interest in startups. It was no surprise then that the two determined early on that they wanted to start a business together. Both were intelligent, creative, motivated and experienced entrepreneurs. They realized that a successful startup required passion, purpose, relevance and patience. The guys were determined to find just the right opportunity.

It was David who came across the information that the most requested clothing item by people in homeless shelters was socks. Socks – boring, taken for granted, typically uncomfortable – but highly sought after, especially by those in need. That fact resonated with Randy and David. They began to formulate a concept for a startup that could be scaled, become a successful business and make a positive impact in society.

The two determined that the buy-one-donate-one concept made popular by TOMS Shoes and Warby Parker would be the ideal business model. Randy and David set out to gauge the validity of the need for socks. Giving to those in need was not uncommon for the two. They were known to give a sandwich or a protein bar to people who were hungry, cash to others – giving came naturally to them. They bought a bunch of socks and began to hand them out. The socks proved to be greatly appreciated. It was David who came across a homeless vet holding a sign that said “I’ll take anything.” “Would you like some socks?” asked Heath? The response was immediate and overwhelming. The vet took off a boot to reveal a foot he’d wrapped in a plastic bag – the other foot wrapped in the bandana from the man’s head.  The need was real.

Randy and David were determined to develop the most technically advanced and functional sock possible. They had a connection, Steve Lowenthal, the former President of Gold Toe Socks. With his mentoring, the guys committed nearly two years to product development. Their socks would indeed be better than anything on the market. Once developed, the two began an Indiegogo campaign with the goal of raising $15,000 – they raised $140,000.

Selling exclusively online, the company achieved enough success to earn the opportunity to pitch their concept on ABC’s Shark Tank. Four Sharks passed – Daymond John negotiated a higher equity stake than originally offered. Not only did the guys gain a new investor, it was the Shark they’d hoped to partner with – the founder of FUBU. His money was an absolute blessing, but it was his experience, guidance, and mentoring that they most wanted – and needed.

The original goal was to donate 1,000,000 pairs of socks by 2025 – they hit that mark in November 2016. Through first quarter 2017, that number has surpassed 2,000,000 pairs of socks. Daymond John says that this was one of his top three investments while on Shark Tank. The company is currently exploring potential partnerships with both the Veteran’s Administration (VA) and Special Olympics. Powerful accomplishments such as these are the result of David Heath and Randy Goldberg transforming their dream into a fearless brand – Bombas Socks.

Fearless Brands are committed to making an impact

Randy and David – through Bombas socks – prove the power of combining quality and purpose. Customers rave about the quality of the socks and find the donation aspect to be very rewarding. Those receiving the donated socks are having one of their greatest wants and needs addressed. But what’s with that name?

Bombas is the Latin word for bumblebee. The guys chose that name because bees work together to make the hive better. Every bee does their part for the betterment of the collective. It’s that concept which drives Randy and David and defines Bombas. Each pair of socks is embroidered with the phrase ‘bee better’. For the customer, it’s a reminder to push harder and better in their athletic pursuits. For the company, it’s a mantra reiterating their commitment to excellence and helping people in need.

When Bombas was launched in 2013, David Heath made a pledge to get a tattoo of the company’s ‘flying bee’ logo. That was a comment he now calls a “rash promise” – but one that currently has him checking out tattoo parlors.

The manner in which Randy Goldberg and David Heath created Bombas, incorporated every element of building a fearless brand (although they likely don’t think of it in that terminology). Because of that, there’s much to learn about your brand by studying Bombas.

Know your purpose – Regular readers know how much value I place on knowing your purpose. Whether you call it your passion, your why, your driver, whatever – knowing your purpose is at the very core of building a fearless brand. Here’s what Randy Goldberg had to say about it in an interview with Forbes – “Make sure you know why you’re doing what you’re doing, and make sure you know who you’re supporting and what they really need. No matter what happens in your business, don’t sacrifice the impact you’re making – it has to stay the primary driver.”

Quality matters – Heath and Goldberg set out to develop the “world’s greatest sock” – and by most accounts they’ve done just that. Your brand is your value – quality drives value – make quality a top priority. As quality declines, so must price. If selling on price is your business model, then offering less quality is an option. If you want to sell on value – and not price – think quality, quality, quality!

Profit motives and humanitarian efforts can successfully co-exist – Social enterprise is on the rise simple because it’s been proven to be an effective business model. Making money is not a bad thing – frankly, there’s nothing wrong with making a lot of money. That said, there’s nothing wrong with running a business in a caring, compassionate and giving way. Try both. You’ll be pleasantly surprised.

Socks – seriously – socks. Bombas proves that any item can become a fearless brand – even socks. Randy Goldberg and David Heath defined their purpose, committed to being authentic and high-quality and knew who would care about – and buy – their product. Those elements are at the core of a fearless brand. Audit your brand. Does your brand capture those four key elements? If not, change what you must. If the answer is yes – congratulations on your fearless brand!