What You Do Doesn’t Always Define Who You Are 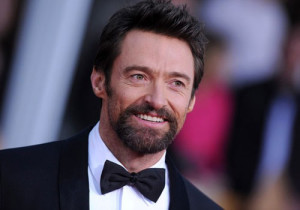 His family left England in 1967, moving to Australia as part of that country’s “populate or perish” initiative which offered financial incentives to immigrants. Born the next year, he was the youngest of five children but only the second to be Australian born.  The country suited him with its vast and diverse outdoors – he loved the beach and camping.

A variety of school outings and holidays afforded him the opportunity to travel throughout Australia. Perhaps it was these trips that gave him his itchy feet as nights would find him perusing atlases of the world – dreaming of places he would visit and the professions which would allow him to do so.

His parents had divorced when he was eight years old – he and his brothers remained in Australia with their father, his sisters went with his mother who returned to England. This created a profound male influence in his life – which increased  when he attended the all-boy Knox Grammar School. A lover of sports, he played rugby and cricket – high jumped and was on the swimming team. His school believed that music and drama would ’round out a man’ – he starred in the school production of My Fair Lady. After graduating, he spent a ‘gap year’ in England before returning to attend the University of Technology in Sydney.

There he took a drama class to fulfill some needed credits. He was cast as the lead in that class production which, in turn, led him to enroll in a one year course at the Actor’s Centre of Sydney. He had become determined to make acting his profession and enrolled in the Western Australian Academy of Performing Arts. The night he graduated – literally – he received an offer to be in a television sitcom. The show only lasted one season but it was there that he met his wife which he describes as “The greatest thing to come of it.”

His career continued with extensive stage work throughout Melbourne – including dramas and  musicals. He began to gain international recognition when he starred as Curly in London’s Royal National Theatre’s production of Oklahoma!. Soon he added roles both on television and in the movies. In 1999 he was offered a movie role which his wife urged him to turn down – he didn’t.

Over the next fifteen years he has had a tremendously successful and diverse career. He has won a Golden Globe award, two Tony’s and an Emmy. He has been nominated for the Oscar for the Best Performance by an Actor in a Leading Role. He has hosted the Emmy Awards once and the Tony Awards four times. Other accolades include winning People’s Choice Awards, Teen Choice Awards and was named People Magazine’s Sexiest Man Alive. As for that role his wife urged him to turn down – he has played Wolverine in seven feature films to date with the franchise earning over $3 billion in global box office.

This impressive career, the awards, the millions of fans and billions of dollars are not what define a fearless brand. All of these accomplishments are because Hugh Jackman himself is a fearless brand – a brand which is defined by much more than a successful career in entertainment.

Fearless Brands are rarely defined exclusively by the obvious

Hugh Jackman is much more than an actor – ironically, he has become the well rounded man his school hoped music and drama would create. Yes, his talents are deep and diverse – he has been successful on stage, in film, and on television as an actor, singer and presenter. That’s what he does – he is a fearless brand because of who he is.

He has achieved success, fame and fortune that has turned many a person into self-centered, narcissistic, prima donnas – but not Jackman. In spite of his stardom, he is down-to-earth, enjoys people and is truly grateful for his good fortune. He is madly in love with his wife and their two adopted children. He has that rare quality of being a man that women are attracted to and that men want to hang out with.

He is genuine. He is refined, He is likable. He is talented. He is fit. He is a man – a well-rounded man. These are the qualities that make him equally perfect to be the global spokesman for a luxury brand such as Montblanc and to play Wolverine. He is comfortable enough to star and sing in Les Miserables and hit the gym to do deadlifts with 405 pounds on the bar.

Most don’t know how deeply Hugh Jackman cares about humanity and the down trodden. He met Dukale while visiting Ethiopia as an ambassador for World Vision. Dukale is a coffee grower who produced high quality organic coffee.  Jackman was taken with his strength, dignity and commitment to earning a living to provide for his family in the face of daunting circumstance – notably not having distribution and not owning his land.

Jackman created Laughing Man Worldwide, an organization dedicated to helping entrepreneurs who, in turn,  help humanity. The first company they launched is Laughing Man Coffee which buys and distributes coffee from growers such as Dukale in Africa, Haiti, South America and more. 100% of the profits from Laughing man are reinvested to further the development of companies which share their goal.

There’s more than meets the eye – Most fearless brands have achieved success which is noticeable and tangible. However, think of fearless brands as an iceberg – there is always more substance than what meets the eye. You have to develop your brand at the deepest level even though not everything will be revealed.

Accept advice but trust your judgement – As a child, Jackman’s school positioned music and drama as adjuncts to becoming a man – he realized that for him, it would be a career. Debbie, his wife, urged him to turn down what would become one of the most successful roles not just for Jackman but in film history. In both cases he followed his instincts.

Don’t let what you do define who  you are – Jackman appreciates his success but doesn’t allow it to go to his head. He embraces the freedom it gives him to travel, meet people and do good – which is at the core of who he is.

Jackman has announced that he will do one more Wolverine movie – a role he, in effect, owns. What he hasn’t done is allow the role to own him. If you want to build your fearless brand – tap into your inner Wolverine. Be genuine. Listen to trusted advisors – even if you don’t always agree. Heighten your skills. Follow your dreams.