Tracking Diamonds – & What Else Leanne? 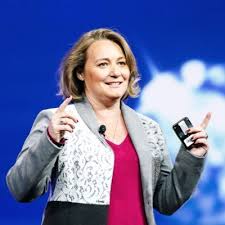 Just a short drive from Brisbane, Queensland, lies a six-acre estate featuring a large “rustic” house, chickens, horses, and a neighbor with 60 goats. While the property might seem somewhat common, certainly in this peaceful Australian countryside, it is anything but.

It is a sanctuary – a haven from the frantic business world – for Leanne Kemp, Founder and CEO of Everledger. Most are unfamiliar with the woman and her company – but that is certain to change, and sooner rather than later.

Laura Kemp is Australian by birth, but an entrepreneur at heart, having started and exited several companies over the past two decades. However, what really drives Kemp is transforming her imagination into reality.

Transforming imagining into reality is not just a business concept for Kemp, it is at her core as a person. When the long-term relationship she’d been in shattered, she went backpacking in Nepal. There, she took the time to consider her life – to imagine what she wanted it to be – and then returned to Australia to make it reality.

She wanted to create something with sustainability. In her personal space, she focused on her estate. It’s 100% solar powered – fully sustainable. Its most unique feature, however, is Kemp’s 2-bedroom house which integrates an actual train car, transformed into a sitting room and kitchen. The train car, purchased on EBay and dubbed the ‘Train Mahal’ by her friends, is a testament to her creativity, vision, and uniqueness.

Kemp brings the same commitment to her business – seeking sustainability in her companies while looking to impact the world in the positive manner.

Although educated at both James Cook University and Griffith University, her entrepreneurial drive comes more from personal experience. Her parents’ divorce, when Leanne was thirteen, sparked a need in her for financial security. That need, coupled with her endless curiosity, defined her path.

When it comes to connecting with people, Leanne Kemp embraces what she calls ‘fearless courage’. In other words, do whatever it takes to make contact. In London in 2014, Kemp had a keen interest to meet top management of Aviva plc, one of the world’s largest insurance companies.

What transpired caught her by surprise, changed her life, and will eventually change the world. She found out that the CEO and CDO of Aviva would be at a hackathon in London. Creating a new idea was, at the time, merely a means to an end for Kemp.

Leanne Kemp is a self-admitted ‘techie’ and a self-taught engineer. What intrigues her is not the technology – it’s the application of technology. For her it wasn’t “What is blockchain?” – it was “What can we do with this?”

At the hackathon, it was that type of thinking that led her to focus on her idea of tracking diamonds via blockchain. Kemp imagined that blockchain could bring integrity to the diamond business by creating a digital ledger that tracks the stones from mine to consumer. At the hackathon, she went about making that idea reality. In just 24 hours, Kemp won the hackathon, met the Aviva folks, and created the seed which would become Everledger in just a few months time (2015).

At the root of her premise was the idea of driving transparency and trust along global supply chains using emerging technology. This was especially relevant in the diamond business – an industry which cried out for an ethical accounting of the source and ‘life’ of diamonds.

Kemp realized an immediate and intense response to her digital ledger concept. The interest and potential was such that she made the decision to go global from Everledger’s inception. At the same time, she made a firm commitment with herself that this would be her last startup.

Everledger is expanding, both in the number of diamonds on its ledger and in a variety of different industries. The company’s digital ledger has application across virtually all luxury items including wine, art, cobalt, and other valuables.

While there will always be fraud, Everledger’s technology will prove to be invaluable in the reduction of fraud, black marketing and trafficking – bringing transparency to what have been notoriously opaque markets.

Kemp knows her strengths – and her vulnerabilities. She knows she’s a terrific ‘starter’. She also knows that to find real success, Everledger would need to hire a qualified CEO – and that’s exactly what she did.

In order to effectively scale Everledger and reach its full potential. Kemp orchestrated three separate M&A’s to obtain the expertise and bandwidth necessary for the company’s growth.

When it comes to building a team, Kemp looked not just for a skills match, but an attitude match. It’s her belief that skills can be taught/learned whereas attitude typically can’t.

Everybody on the team has a sense of purpose, both with the company vision and their personal objectives. Kemp is intent on providing a platform which provides them the opportunity for autonomy, strength of character, and personal growth.

Leanne Kemp is confident, comfortable, creative, cerebral, and courageous. She is driven – a seeker. She has an endless supply of curiosity.

Kemp keeps an ampersand on her office desk in London as well as one on the wall at the “Train Mahal” to ensure herself that she always asks herself – “And – what else Leanne?”

It’s her bountiful curiosity which keeps her imagining – and her ability to transform that imagining into reality which yields such impressive results.

What makes Leanne Kemp a fearless brand is attainable by all of us.

She has seemingly accomplished what so many pursue – a balanced life – a lifestyle which seamlessly integrates all facets of her life.

Kemp is intelligent, driven, creative, tech savvy, and a successful entrepreneur. Her business persona blends well with the likability inherent in most Aussies. She is equally comfortable at Everledger’s headquarters in London, the epicenter of financial services, as she is at her estate near Brisbane.

Kemp has achieved this balance because she has taken the time – and had the courage – to be introspective. As a result, she is comfortable in being authentically herself. She has discovered her passion(s), embraced her purpose, and willingly accepts the persistence required to achieve her goals.