A Comfy Brand – Built to Last 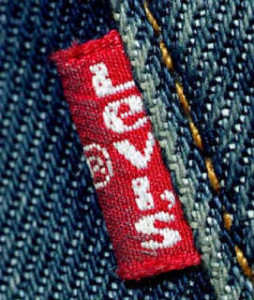 It was January of 1848. America had just gained ownership of California with the end of the Mexican-American war. While building a water-powered sawmill, James Marshall found gold flakes at Sutter’s Mill on the American River. The news attracted thousands from places like Oregon, Mexico, the Sandwich Islands – even China. However, it wasn’t until President James Polk validated the significance of the gold’s discovery in a speech in December of that year that the East Coast, Europe and beyond took notice. The Gold Rush of 1849 was on.

The non-native population of California went from 6,500 to over 100,000 that year. Included in that number was a Bavarian immigrant named Strauss who was not focused  on the gold – rather, his intent was to work with his brother-in-law in a dry goods business. It was 1853, the gold rush was nearing its end – but San Francisco had blossomed as did his business. One customer – a tailor named Davis – frequently purchased bolts of denim material from the store. Davis realized that a good amount of his denim purchases were to repair clothing he had made. It occurred to him that if he were to use copper rivets at stress points, the cloths would last longer. He was right – however, he didn’t have the capital needed to get a patent. The owner of the dry goods store did and a partnership was formed.

That was in 1873 and they began selling what they called ‘waist-high overalls’. Their customers were miners, ranchers and the like – people who needed the toughness and durability of the pants. The company created a leather patch with the visual of two work horses attempting to rip apart a pair of the pants – which they began sewing onto the back of all of the work pants. The apparel line grew in popularity and sales while the dry goods business also grew. Sales were nearly $2.5 million.

As the new century dawned, a series of events rocked the company. The founder died, leaving his four nephews to run the business. The Great Earthquake and Fire of 1906 destroyed not just their business – but all of San Francisco. 1907 saw a financial panic sweep across the nation. Sales were flat, the four brothers were hands-off and the company languished. The tailor’s son had joined the business and he created a new product – playsuits for kids which were called Koveralls. This item was quite successful on a national basis – important for a company whose sales had been quite regional. With a national base, the company flourished for the next twenty years. Their own products – the apparel – were their most profitable and had become 70% of their business.

Business was going well until another event outside of their control – The Great Depression – threatened their survival. Suddenly their customer base – the blue collar workers – had no work, no money and no need for new jeans. The company weathered that storm. Just before World War II, the jeans became a popular fad with college students in California and Oregon. Suddenly the jeans had a new ‘cool’ status. With the start of the war, the government limited distribution of those jeans to defense workers. This limited availability only made them more desirable to this new market segment.

For the rest of the century, market conditions, company structure and sales results continued in this manner. Streaks of impressive business performances intermingled with situations causing significant impact – both controllable and not. Factors such as impact from competition, fashion trends, management shifts, going public – and back to private, a learning curve for doing business internationally, periods of soft demand.

Yet through it all, the company has prospered. They had revenues of $4.7 billion in 2013, are sold in over 110 countries, have 2,600 retail stores and ‘shops-in-shops’, have 16,000 employees. They are one of the largest apparel companies in the world and are the definitive global leader in jeanswear. Is it these accomplishments which define a fearless brand? Of course not. This success is the result of Levi Strauss building his company, led by Levi’s® jeans, into a fearless brand from the very beginning.

Fearless Brands survive and thrive by creating quality products that are relevant to their customers.

Having an emotional connection with its customers is key to the success of any brand. How? The formula is simple quite frankly – simple but not easy. Here it is. Create a quality product which is relevant to the needs and tastes of your customers.

Levi’s is an example of successfully doing exactly that. Levi Strauss and Jacob Davis created their jeans on a premise of providing a higher quality product that fit the needs of the consumer. As conditions and tastes changed, so did the Levi Strauss company. As competition introduced more ‘fashion’ into the jeans industry, Levi’s responded with an expanded product line moving well beyond a ‘straight leg’, high waist design adding a variety of designs. When the country shifted to a more relaxed approach to dress in the work place, Levi Strauss introduced its Dockers(r) line of khaki pants, redefining the casual slack.

Another key reason for the success of Levi’s jeans is the connection they have with their customers. Levi’s jeans are ingrained in American culture as much as Mom and apple pie. Levi’s was recently ranked by consumers as America’s second most patriotic brand based on work by Brand Keys as published in Forbes. (full story here). The ‘Americana’ of Levi’s jeans is also significant to the international consumer. Countless songs specifically reference Levi’s. Mega stars – Mark Wahlberg and Angelina Jolie by example – wear Levi’s in their movies. There are scenes of stars wearing Levi’s, putting them on and yes, taking them off. While mainly the result of product placement, the connection with consumers is authentic.

Levi Strauss has had its share of issues and negativity, much of it self-inflicted – every company does. Those challenges have been overcome for the most part – which is also critical to becoming a fearless brand – as Levi’s has done.

How does this help when it comes to building your fearless brand? Again, it’s quite simple – just not always easy.

It can be challenging, even daunting, but make the commitment. Building a fearless brand is about achieving results – your dream results.