Branding at Tiffany’s – How to Make Your Brand Sparkle 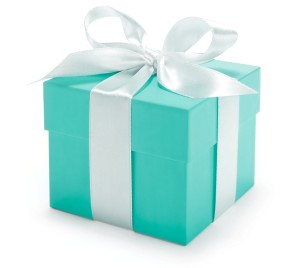 Charles and John opened their stationery and fancy goods emporium in lower Manhattan in 1837 with a unique approach. For one thing, all items were clearly marked with their price to discourage the haggling common in those days. Another policy which set their store apart was that they only accepted cash – there were no credit sales. The quality of their service and merchandise were more than enough to offset any negative impact of these policies. Yet another somewhat novel approach was the launch of a mail order catalog – the Blue Book – which expanded their customer base, increased sales and built brand awareness.

In 1853 Charles took sole control of the business and determined that jewelry would be its primary focus – distinctive design and high quality would be the foundation. Those traits were the common thread which linked a seemingly disparate collection of goods. They supplied swords, surgical tools and flags to the Union Army during the Civil War. They won an award in Paris for excellence in silverware in 1867 and a decade later they won the grand prize for silverware at that same expo. They designed a police medal of honor which featured a distinctive “NY” logo – a design later adopted as the team logo for the New York Yankees  (that team itself being a fearless brand). Design and quality were clearly associated with the company.

Jewelry, however, was at the core of the company. So much so, that when Charles spent $500,000 on a new building in Manhattan, it was quickly dubbed by the New York Times as the “palace of jewels”. When they purchased the French Crown jewels in the late 1880’s, they reached an entirely new level of prestige.

Through the years the company continued its design work including china for the White House, a variety of prestigious sports trophies and rings – at one point even the Medal of Honor was their design.

In spite of the many signature items they’ve created – their greatest awareness comes from something much more simple – a robin’s egg blue gift box. It is this box – and its color – that immediately generates interest and excitement in the company and its products. Can a box be a fearless brand? Well, no – the fearless brand is Tiffany & Co. – but in this case a simple box delivers the brand’s message instantly. The message? Tiffany’s is love – romantic love, family love, a friend’s love.

For some, Tiffany’s blue box symbolizes centuries of design and style. For others, it promises distinctive, high quality jewelry. The real magic of Tiffany’s blue box is that it sparks an emotional connection. The design, style and quality that are at the core of Tiffany & Co. translate to love.

Tiffany launched a new product category when it designed their solitaire diamond engagement ring. Their design is patented but the concept –  the category – of engagement rings created an entirely new expression of love.

Tiffany’s is mentioned throughout pop culture in ways that reinforce their brand. They’re a focal point in movies, most notably Breakfast at Tiffany’s. Sleepless in Seattle features a long scene both outside and inside of Tiffany’s. Books include Something from Tiffany and Summer at Tiffany’s. The well-known Marilyn Monroe version of the song Diamonds are a Girl’s Best Friend references Tiffany’s.

Perhaps the best known diamond in the world – Tiffany’s Yellow Diamond – is 128 carats with 90 facets. It was discovered in 1877, purchased by Tiffany the following year for $18,000 and not been sold. It has only been worn twice – most notably by Audrey Hepburn. Tiffany’s will only purchase the highest quality and ethically sourced diamonds and are uncompromising in their policy.

Tiffany’s is not without its missteps and faults – including these two key examples. In the late 1970’s Tiffany’s was purchased by Avon – which brought about a clear shift in corporate vision. The flagship store quickly became filled with cheaper, lower quality items. The backlash was such that Avon eventually sold the company. Just this week employees have filed suit against the company alleging racial discrimination. It is clearly too early to know how this will be resolved.

As with all fearless brands, there are key lessons to be learned from Tiffany’s.

Branding is an ongoing process – Building a brand is a long-term investment and consistency is critical. Tiffany’s has spent the better part of two centuries designing and creating high-quality luxury items. It is imperative that short-term actions align with long-term objectives. Had the trend towards lower quality, cheaper items continued, that blue box would eventually have lost all of its magic. Instead, the commitment to style and quality continues to bolster the Tiffany brand.

Effective brand messaging is essential – While the Tiffany gift box is an icon, it is not their brand – it is, however, a powerful brand messenger. The sight of that distinctive blue box immediately evokes thoughts of luxury, quality and even love. Any icon is only as powerful as the brand it represents. In this case, the message delivered by a robin’s egg blue box is love.

A brand’s power is its emotional connection – Every successful brand creates an emotional bond on some level with its customers. Every purchase decision has some level of emotion attached – perhaps more so with jewelry than products. Tiffany’s has excelled at fostering that emotional bond.

Be advised – Fearless brands are powerful – especially Tiffany’s blue box. Under no circumstances should one ever give a present in a blue box – or one wrapped in robin egg blue paper – if the item is not from Tiffany’s. No matter how innocent the use of that wrapping or well-meaning the gift – the result will be disappointment. This is one you’ll just have to trust me on :).

The greatest result of effective branding is creating and delivering the greatest value. That is important because the more value you deliver, the more profit you will receive – both financial and intangible. As Tiffany’s so clearly shows, fearless brands are built – with vision, commitment and consistency.

Build your brand such that when someone sees it – the effect is the same as Tiffany’s blue box. Be authentic, add value, be relevant – build a fearless brand.