Is Your Brand Worth Spreading? 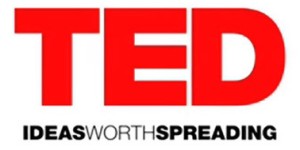 In 1949 George Orwell published a book which portrayed a world under the oppressive rule of a privileged party with a tyrannical leader known as “Big Brother”. Individualism and independent thinking were deemed criminal in the name of a ‘greater good. The year was 1984. For the most part Orwell’s book of fiction was just that – fiction. Aspects of his story have arguably occurred and many of the terms he coined have been woven into our vernacular.

One facet of the book turned out to be true – although in a way Orwell never imagined. In the year 1984 an event took place which would be a catalyst for independent thinking and individualism. Richard Saul Wurman was an architect and graphic designer who recognized a convergence of design, technology and entertainment. Together with Harry Marks he staged a conference featuring speakers expert in those fields as well as demos of ‘cutting edge’ products such as the Apple Macintosh computer and the Sony compact disc. It was a financial flop.

The concept lay dormant until 1990 when it was renewed in Monterrey, California and became an annual event which grew in size, influence and enthusiastic followers. It has grown to the point that the annual conference not only has continued to grow – it has spawned events across the globe and talks have been translated into more than 100 languages. There are videos, audios, stand-alone events and a variety of brand extensions. The power of the internet has driven over one billion estimated views of talks and presentations. Thought leaders, speakers, teachers, past presidents, Nobel prize winners, business giants and virtual unknowns have all participated and presented their ideas and insights.

It’s not the countless events, astronomical reach, global interest or line extensions that make this concept a fearless brand. This powerful phenomenon has been created because TED Talks is a fearless brand.

Fearless Brands deliver value by meeting needs in an authentic and relevant way.

TED (Technology, Education and Design) is a collection of global conferences committed to spreading “ideas worth sharing”. It is owned by a non-profit organization – The Sapling Foundation – which is charged with  maintaining standards for the events and consistency in their execution. The range of topics has expanded well beyond the original three disciplines and now encompasses business, science, social, global issues and more.

TED is a global community, welcoming people from every discipline and culture who seek a deeper understanding of the world. We believe passionately in the power of ideas to change attitudes, lives and, ultimately, the world. On TED.com, we’re building a clearinghouse of free knowledge from the world’s most inspired thinkers — and a community of curious souls to engage with ideas and each other, both online and at TED and TEDx events around the world, all year long.

When Wurman passed the TED torch to Chris Anderson and his Sapling Foundation it is unlikely that any of them envisioned the reach and impact that would eventually result. Speakers have a maximum of eighteen minutes to deliver their concepts and are encouraged to be as innovative and dynamic as possible. Information presented becomes property of TED in order for the talks to be available for free online viewing. The format has been incredibly successful with the most viewed talk being Sir Ken Robinson’s talk on How Schools Kill Creativity which has been viewed over 23,000,000 times. Topics of highly viewed talks range from Simon Sinek’s How Great Leaders Inspire Action to Mary Roach’s 10 Things You Didn’t Know About Orgasm

The concept has been expanded to include licensed local events known as TEDx. Local TED enthusiasts are given the opportunity (within strict TED guidelines) to present events featuring topics and speakers of interest to their geography. In addition there are TED books, a TED prize, TED.com, TED institute, TED-ed, TED Global and more. The purpose of The Open Translation Project is to translate TED talks in order to make them available to the over 4 billion non-English speaking people in the world.

TED is not immune from detractors and critics – they have plenty of both. Speakers have been in conflict with TED, others point to the ‘elitist’ membership cost of $6,000 (membership allows entry to the annual convention and more) while others put forth the opinion that TED has fallen short in their efforts. None of these detract TED from its mission and dedication to spreading worthwhile information.

TED has clarity of purpose and pursues that vision with total conviction. The speakers share that vision and bring their talent and passion to bear in furthering the TED mission. These factors are at the core of why TED is a fearless brand.

So, what can you learn from TED about building your fearless brand? Quite a lot but I’ll focus on these four –

Clarity of purpose is essential – If you do not have a full grasp of your ‘why’ you will not be able to create your greatest value – and delivering more value than you take in payment defines your true worth. (The Go-Giver’s first law).

You need to manage your brand – A basic tenet of branding is that if you don’t manage your own brand, someone else will. TED is very interested in spreading information – but is adamant about the parameters for doing so under the TED umbrella. While some find this ‘restrictive’, it is actually a classic example of brand management.

Extend your brand – TED has a seemingly endless number of line extensions. It is critical to understand that this can lead to brand dilution and dire negative results if not managed (think Coke Classic). On the positive side, authentic and relevant brand extensions can expand the reach and influence of your core brand if done effectively.

Be consistent – TED has been in operation each year since 1990. The meetings and formats have been altered and expanded but the core purpose and vision of TED has not changed drastically. TED means quality information delivered in an enthusiastic and interesting way.

George Orwell was on target with his premise that 1984 would be significant. However, he didn’t foresee the onset of TED – a concept which is in direct conflict with the premise of Big Brother as outlined in his book. TED realizes that true power comes from sharing information and expanding knowledge as opposed to restricting and withholding it. TED has built a fearless brand built on the premise of providing value – identifying a need and meeting it in an authentic and relevant way.

4 comments on “Is Your Brand Worth Spreading?”