Vision, Innovation and Disruption have Netflix Streaming to Success 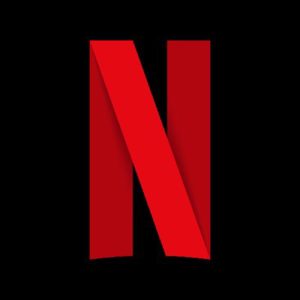 It’s said that necessity is the mother of invention. Perhaps so. Innovation, on the other hand, is born of any number of causes. Some would say the leading cause of innovation is vision. Others say it’s creativity. Many attribute innovations to a more basic concept – money. Truth be told, innovation is the culmination of each of those factors.

One urban legend suggests that for Reed Hastings, innovation was the result of owing $40.00 in late fees for an overdue DVD he had rented. Owing a fine which totaled more than the cost of the rented item may have contributed to Hastings’ determination that there must be a better way to watch movies at home. But there was more than money involved.

In the mid-1990’s, Marc Randolph was the marketing director for Reed Hastings’ company, Pure Atria. Those two were part of a group that commuted to work most days. Hastings and Randolph were fascinated by the incredible impact of an upstart online book seller, Amazon. That led them to discuss which category they could potentially replicate Amazon’s model. Movie rentals was discounted as VHS tapes were too costly to buy and ship.

Soon, another innovation would present a solution to those roadblocks – DVD’s. In 1997, as movies on discs were just becoming available, Reed and Marc bought a CD (they had no access to a DVD at the time) and mailed it to a local address. The disc survived. The shipping cost was reasonable. Another category was about to be disrupted.

With a $2,500,000 investment, 925 movies and 30 employees, Hastings and Randolph launched their company in 1998. Their model replicated the rent per usage concept used by Blockbuster stores. Within a year, however, they began a monthly subscription program which allowed customers unlimited rentals without shipping or handling fees and no late fees.

Within two years the company had achieved a large enough customer base and high enough revenue to prove its potential. Armed with that data, Hastings approached Blockbuster with an offer to be bought out by the movie rental giant for $50,000,000. Blockbuster passed, convinced that their market leadership was sound.

More determined than ever, with his sights set on streaming video, Hastings initiated an IPO in May 2002, selling 5.5 million shares for $15.00 each. In June, they sold an additional 825,000 shares. That same year, Randolph left the company. The following year saw the company’s first profit of $6.5 million.

A mathematician with a degree in computer science, Hastings knew that continued innovation was the key to continued growth. Algorithms were created to predict individual customer’s interests. Similar technology was created to determine which movies would be in high demand. The category innovator was concerned that they would be disrupted when mega-retailer Walmart made forays into the online DVD business. That scare went away when Walmart determined they would be better served by focusing on in-store DVD sales.

The long-awaited popularity of online streaming finally became a reality in 2007. Hastings was prepared for that opportunity. Although he had been a bit premature, he had been predicting that exact shift in consumption since 2000. By year end 2013, subscribers totaled over 30 million. Importantly, that same year, Blockbuster announced that they were going out of business.

It marked a perfect time for more innovation – original programming. The show House of Cards was launched, available exclusively for their subscribers. That would lead to a full array of new and original programming which contributed to record revenue and subscriber totals. Revenue totaled $2.5 billion for year-end 2016. By April of 2017, subscribers totaled nearly 100,000,000. The concept first discussed by friends commuting to work has become one of the most successful and highly-regarded companies of our day. The reason? Reed Hastings created Netflix to be a fearless brand.

The veracity of Reed Hastings’ story about starting Netflix after incurring $40 in late fees has been disputed. Frankly, it doesn’t matter if it’s totally true or not because it defines so succinctly the ‘why’ behind Netflix. People want to watch the movies and shows of their choice on their schedule and in whatever period of time they choose.

Innovation made that customer desire a reality. That innovation was the culmination of creative thinking, vision, inspiration and financial potential. There is much to learn from Reed Hastings and Netflix – about branding, about business, about innovation.

Seek to innovate – Imitation may be the greatest form of flattery – but innovation is the greatest path to market leadership. Whether providing a better solution to an existing need or creating a totally new product or service – innovation leads to distinctive brand positioning. Establishing a positive and unique point of differentiation in the marketplace is an essential element of a successful business and a fearless brand.

Inspiration vs Imitation – Hastings and Randolph were inspired by Amazon. They learned what worked and why. They combined those insights with their own knowledge, creativity and vision to create Netflix. Inspiration leads to creative and unique ideas and establishes the basis of a fearless brand. Imitation results in nothing more than a ‘me too’ or ‘mini-me’ position. The first allows you to sell on value, the latter forces you to sell on price.

Complacency is a death sentence – Blockbuster was happy to rest on their laurels. When approached by Hastings and Netflix to become their online partner, Blockbuster refused the offer. The dotcom bubble had just burst, retail stores were doing well and a vision of an online future was dismissed. They went out of business. Walmart toyed with the idea of an online option for movie access and determined that their in-store sales model would suffice. Had Walmart entered the market, they very likely would have crushed a fledgling Netflix. Complacency leads to missed opportunities. Too many missed opportunities spell disaster.

Netflix has certainly made their share of mistakes along the way. Fortunately for Netflix, their leadership demonstrated the ability to recognize and correct those missteps. Of greater significance, is the commitment that Hastings and Netflix have to innovation. Most importantly, Netflix has always kept customer satisfaction at the very core of their brand value.

Theirs is a simple approach to creating success – one that you can follow to build a fearless brand. Be inspired. Seek to innovate. Deliver extraordinary value. Enjoy exceptional results.