To Know Branding is to Know $hit From Shinola 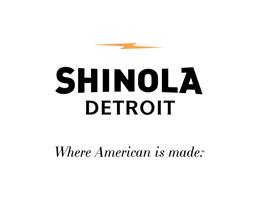 The Shinola Company, founded in 1907 in Rochester, New York – manufactured shoe polish. While the product itself wasn’t necessarily innovative – its packaging was. The round tin the polish came in featured an attached ‘key’ which, when turned vertically, functioned as a can opener. Through the years, the company sought to grow its sales by broadening the product’s usage to include covering scratches in furniture and polishing linoleum. However, what really elevated the brand’s awareness was the action of a disgruntled GI during World War II.

The story goes that the enlisted man, upset with his lot in the army, polished a general’s boots with human excrement vs the shoe polish making the statement that the officer “wouldn’t know $hit from Shinola”. The phrase quickly became assimilated into American culture. Even though the company went out of business in 1960, the line lived on in a variety of ways ranging from a George Carlin comedy routine to dialogue in feature films and a lyric in a Dolly Parton song.

Completely unrelated to that brand and line, David Kartsotis founded Fossil Inc. in 1984. That company was founded on a strategy of importing low cost goods from the Far East and selling them for a good margin. Beginning with fashion watches which had a retro look, products expanded to include leather goods, jewelry and recreational items. The brand name Fossil was the nickname that David and his brother had given their father. In 2003, Kartsotis formed Bedrock Manufacturing Co., the name a tribute to the hometown of The Flinstones cartoon show.

Given his penchant for brand names with interesting beginnings, it shouldn’t be a surprise that Kartsotis purchased the rights to the Shinola name in 2011. It wasn’t purchased to resurrect a shoe polish company. Rather, it was deemed to be the perfect name for a new brand Kartsotis had envisioned. This would be a brand in the truest sense of the word. This new brand was an intangible concept, made tangible by manufacturing products which supported the brand’s strategy.

The brand concept was simple – revive America’s manufacturing heritage by crafting high-quality products in the United States. The brand strategy had to be a combination of quality products, an innovative approach to manufacturing and an appeal to consumers who appreciate a blend of craftsmanship and “Made in America”.  To further validate the concept, Kartsotis and his team chose a seemingly suspect location – Detroit, Michigan. Their reasoning was quite sound, however. They deemed that there was no better place to begin a revitalization of American manufacturing than the city most associated with U.S. manufacturing – a city which has most felt the impact of the decline in domestic production.

The brand concept was set. Next steps were to determine the products which would support this bold endeavor. There’s a saying that if in doubt, go with what you know. Kartsotis and company knew watches from their success with Fossil. This time, however, most elements would be sourced in the U.S., only importing materials when there was no other option. All product would be fully assembled in America – in Detroit. Even the company name – Shinola – evokes memories of the glory days of manufacturing in the United States.

In four short years, the new Shinola company has established a firm foothold in the luxury watch market. They have also added a line of high-end bicycles, and quality leather goods – including the production of over half of the straps for the company’s watches. Current and past U.S. presidents sport the watches; celebrities line up to buy the company’s bikes – the entire product line has exceeded company goals. The new Shinola company has not only beautifully fulfilled its vision – it has proven that fearless brands are indeed created by combining passion, purpose, competency and relevance.

Fearless Brands are created with intention

To most, Kartsotis’ vision seemed to be a pie-in-the-sky concept. Yet the new Shinola company has rapidly become known for quality products and for being a spark in the revival of American manufacturing. For those who question why Kartsotis and company believed so strongly in their vision, there is this line from the company website – “Because we don’t think American manufacturing ever failed for being too good. Our worst didn’t come when we were at our best. It happened when we thought good was good enough.”

With that belief, they set out to prove that American manufacturing – at its best – would succeed. Their logo proudly includes mention of the city of Detroit. Below that is the company slogan “Where American is made”. Those lines combine to deliver a powerful message about Shinola’s belief that Made in America can once again be relevant. So far, they have done just that.

However, this past June, the Federal Trade Commission (FTC) issued some very strict guidelines which Shinola must follow regarding their “Made in America” claims. The FTC believes that the company’s claims are misleading because several of the product’s parts are imported. Shinola founder To Kartsotis published an open letter which delivers the company’s position on the FTC ruling. In an effort to honor the FTC requirements, Shinola will continue to use “Built In Detroit” on watch cases, but will add the qualification “with Swiss and Imported Parts.”

As you build your brand, learn from the new Shinola company which from its very inception was built to be a fearless brand.

A brand is the sum of intangible assets – This is the most misunderstood fact of branding. Your brand is defined by its value proposition. Names, logos, designs etc. are all elements of brand messaging. Those elements must communicate the essence of the brand. The brand which became the Shinola company is this – delivering high-quality, highly-desirable, American crafted and manufactured merchandise. The products, the name – all elements were created to support that premise.

There is NO $hit in Shinola – Remember Kartsotis’ penchant for names which have significance. The line “you don’t know $hit from Shinola” – offensive to some – would run off many marketers. In this case, that notoriety has served two functions. First, it affords a very distinct market differentiation and as already mentioned, it harkens back to days gone by. One thing is for certain – all Shinola product is of the highest of quality. Next to authenticity, quality is the most significant element in a powerful brand.

Take a chance – In building brands – as in building businesses – there is always the risk of failure. There is no guarantee that your business – or brand – will be successful. Acknowledge the risks, manage through them as best as possible – then go for it. Don’t spend too much time ‘getting ready to be ready’.

The new Shinola company – its watches, bikes, leather goods and even its shoe polish – all combine to demonstrate that manufacturing in America is a viable proposition. That’s because its founders committed to a purpose they are emotionally committed to. They literally defined the brand they wanted and set out to create it. There’s no reason for you not to take the exact same approach. Start with your passion, find your purpose, plan effectively and go for it – your fearless brand is just around the corner.