From Nasty Gal to Girlboss, Being Fearless in Failure Led to Her Success 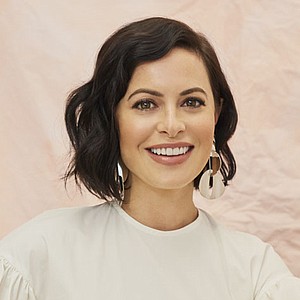 It’s said that there’s no such thing as failure – so long as there are lessons learned through the experience. Sophia Amoruso might very well agree with that premise.

You may know Sophia Amoruso as the 22-year-old founder of Nasty Gal – the vintage clothing business. Perhaps you know her as the author of the book #GirlBoss – or as the subject of the Netflix show by the same title. You might know Amoruso as the founder and CEO of Girlboss, a community of strong, curious, and ambitious women redefining success on their own terms. Maybe, just maybe, you’ve never heard of Sophia Amoruso.

Regardless, know this. Sophia Amoruso is a fearless brand – a woman of passion, purpose, and persistence. She’s created meteoric success – and experienced devastating loss. Through it all, Amoruso has remained true to herself and true to her beliefs. What many refer to as failures, Amoruso sees as learning. What would stop others in their tracks has only spurred Amoruso to seek new levels of success and to use her experience to help others succeed.

Yes, Sophia has come a long way from the nine-year-old girl who was the president of her block’s lemonade and abalone-craft stand who would spend her money to buy books on startups. When she was ten, her parents hit hard times financially, ultimately divorcing. The family was forced to make significant financial cutbacks. Part of what resulted was Sophia being pulled from the Catholic school she attended to be home schooled, and helping her dad deliver newspapers at 6 a.m.

Her strong work ethic was evident by the time she was fifteen, making sandwiches at a Subway store, where she fully embraced her father’s teaching: “Show up. Don’t stop moving. Sweep the floor even when they don’t ask you to.” That tenacious work ethic would remain at full throttle through all of the ups and downs that Sophia Amoruso would face.

Through her late teens, Amoruso showed her rebellious side – holding a variety of retail jobs until she got bored, hitchhiking the Pacific coast, even dumpster-diving for the odd bagel, in order to eat. Her survival tactics included some shoplifting – until she was caught in Portland, Oregon. There she was held, fined, and finally released, an experience which ended her retail pillage.

By 2003, Sophia was taking photography classes at the community college and working at San Francisco’s Academy of Art University checking student ID’s. Her life was about to make a dramatic shift.

When vintage clothing sellers began friending her on Myspace, she checked out their items and their eBay accounts. In so doing, she had a revelation – she could do the same thing, only better – and she did exactly that.

She began selling items on eBay, but went well beyond the typical seller. Amoruso paid great attention to the photographs she posted, realizing that the tiny pic allowed by the site was valuable real estate. She would style her own shoots, even posting some shots on Myspace as a sort of focus group. That led to two tremendous advantages. First, Sophia was able to get input directly from her customer base regarding her products and their styling. More importantly, that led to strong connections with her customers – the type of emotional connection that every successful brand craves.

As she continued to learn and refine her online sales on eBay, Sophia launched her own website – Nasty Gal. The name was inspired by a Betty Davis song of the same name. Davis, the former wife of Miles Davis, was herself a runway model, and an independent woman with a strong sense of self and style. The name fit beautifully with Amoruso’s vision for her business.

More investors, more sales, more expansion led to a drop in product quality, operational hiccups, and mainly, diminished focus on the brand itself. For her part, in 2014, Sophia published an autobiography titled #GIRLBOSS. It was the Goodreads Choice 2014 winner and led to the development of a Netflix series of the same name which debuted in 2017.

By 2015, Amoruso saw the writing on the wall that the company she started was morphing from the vision which created its success. She decided to step down as CEO of Nasty Gal, turning her attention to her new company, GirlBoss Media. That venture, doing business as Girlboss, is a digital platform whose vision is to “redefine success for millennial women by providing the tools and connections they need to own their futures.”

Sophia Amoruso’s first appearance as the CEO of Girlboss was in front of 500 women at the first ever Girlboss Rally — a conference for thought leaders and business owners — in Los Angeles. That was March of 2017, a mere four months after leaving Nasty Gal – and four years after the book #GIRLBOSS was published.

That same year, Nasty Gal, which had declared bankruptcy, would be acquired by British fashion ‘etailer’ Boohoo.com. The selling price for the company, once valued at over $200 million, was a mere $20 million.

There is no shortage of people who would say that Nasty Gal was a failure. They would be wrong. Sophia Amoruso, for one, realizes that mistakes were made – that the business might have thrived on a different scale without the influence of Silicon Valley investors. She learned that it’s imperative to lead with intention and build culture.

Many have panned #GIRLBOSS for a wide variety of reasons ranging from the belief that it was poorly written, to finding Amoruso to be arrogant, to just not liking the title. Regardless, the book helped set the stage for her new company and the potential that represents.

As for the Netflix show, it’s been cancelled after one season, a rarity for an original series on that network. As a show, it was a failure. As the story of an enterprising, hard-working, woman with passion and a purpose, it was a success.

These chapters in Sophia Amoruso’s life are defined as ‘failures’ by people who may not see the lessons – people who are quick to see things as either black or white. It’s that type of thinking – overlooking the lessons – that allows failure.

However, there’s as much to learn from Amoruso as she has learned herself.

Do the work – Amoruso learned the value of money and hard work from her parents – traits instilled in her from an early age. Her approach to life in her late teens confirmed those values. As she says: “I learned the hard way that taking shortcuts and living for free is not really living free.”

Success is a long journey – It’s easy to become self-absorbed when we achieve a modicum of success. At the age of 22, Sophia had over 30,000 followers on eBay and was the envy of many. Had she let those things go to her head, she likely would not have achieved the success that she has – and continues to enjoy. Her advice is simple: “Don’t act like you’ve arrived when you’re just receiving the invitation.”

Embrace the word NO – Entrepreneurs, especially women, will hear the word NO more than they care to. Many are derailed by these ‘closed doors’. Embrace NO is Amoruso’s advise to people, women in particular, who want to make it, as she did, through hard work and determination. “Hearing the word ‘no’ starts the conversation, ‘no’ is not no. ‘No’ is … watch me!”

Just do it – Sophia Amoruso has said many times: “The way people get what they want is they do it. They don’t have a genius gene. The difference between you and the people you want to be is they went and did it.” Words are not action.

Clarity, clarity, clarity – A final lesson from Amoruso is the importance of clarity. Know your vision, your value, your purpose. Clarity is power! She put it this way in a Business Insider article: “When you have intention — or clarity or focus, whatever you want to call it — you can scale beautifully. Without it, your team, and ultimately your brand, is moving in different directions with fuzzy goals and no clear direction.”

Sophia Amoruso teaches us a great lesson – failure only exists if there is no lesson learned. Try. Fail. Learn. Grow. Succeed.