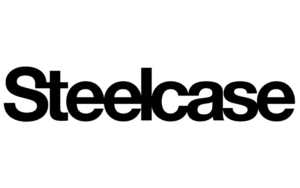 Most cities have nicknames – many of them both famous and obvious. Detroit is the Motor City. Pittsburgh is the Steel City. New Orleans – The Big Easy. Of course, New York is the Big Apple and Las Vegas is Sin City. Then there’s Grand Rapids, Michigan – Furniture City.

Why you ask? As early as the beginning of the 20th century, Grand Rapids was home to over 60 furniture manufacturers. That, no doubt, explains why there was very little attention given when the Metal Office Furniture Company opened its doors there on March 16, 1912. Those in the furniture industry that did notice were more likely to snicker than brace for another competitor. Few recognized the potential of metal furniture. Even fewer could foresee that the company would change its name to Steelcase, become the world’s leading designer and manufacturer of office furniture, and boast 2018 sales of over $3.2 billion.

Peter Wege, a veteran of the sheet metal and fireproofing industry, had the idea to produce fabricated metal furniture. The idea of metal furniture was innovative at the time, which accounted for the skeptical snickers. However, metal had two distinct advantages over wood – it was more durable and, more importantly, it was fireproof.

Business buildings were getting bigger and used open flame heaters to warm them, making wooden furniture a fire hazard. Cigarette smoking presented another hazard as smoldering ash being dumped into the trash was a common cause of fires.

The company’s first offerings were safes and file cabinets. In 1914, Metal Office Furniture introduced a fireproof steel wastebasket named The Victor. That name Victor was trademarked in 1918, leading to an extended line of office products. It was a gamble when the company placed a bid, in 1915, to produce 200 desks for Boston’s first skyscraper, as they had not ever produced desks to that point. When they received genuine interest, they designed, produced, and shipped a prototype in one week. The company won the project.

In 1937, the company collaborated with the renowned architect, Frank Lloyd Wright, to create task-oriented furniture. That work ultimately led to the modern-day workstation.

The company had been producing metal furniture for U.S. Navy ships. One of their tables would be put into service in a most unexpected way. The formal Japanese surrender signing was to take place on the deck of the U.S.S. Missouri on September 2, 1945. An elegant mahogany table was put in place for the event, but it was quickly determined that the table was too small. Scrambling for a solution, four sailors were sent to find a suitable substitute. An acceptable table was eventually found in the mess hall – a Metal Office Furniture table produced in Grand Rapids.

The name Steelcase was trademarked in 1921 as part of a campaign to promote metal furniture as a better alternative to wood. However, it wasn’t until 1954 that the company formally changed its name to Steelcase, Inc. for the purpose of differentiating themselves from other metal furniture companies.

A unique and memorable name is certainly important, however, a truly fearless brand, such as Steelcase, differentiates itself by delivering greater value to those they hope to serve. The original Steelcase (Metal Office Furniture) value proposition was furniture which delivered greater durability and safety than existing options.

Through the years, Steelcase has continued to develop new concepts and products, understand and fulfill customer needs, and lead innovation. Their approach to business, coupled with a tremendous growth in office jobs led to a 20 year stretch of growth through the seventies and eighties. The recession and corporate downsizing of the 1900’s resulted in stagnate sales and in 1994 the company experienced its first ever fiscal year loss. Disgruntled employees explored unionization options, shocking to a company who treated their employees like family. It was time for change.

Steelcase named James Hackett as the new CEO. Hackett had been an executive in a variety of positions with Steelcase for years. He knew the company. He knew its people. He knew its value. His approach was simple – get back to basics. While remaining committed to the cost-cutting initiatives and international expansion which had contributed to the company’s poor performance,

Hackett encouraged the company’s executives and designers to think more about furniture’s full role in a working environment. Said differently, he shifted the focus back to creating and delivering great value. Within a year, earnings were once again positive and employee morale had improved. Steelcase was once again on a track of growth and innovation – delivering exceptional value.

Steelcase is committed to creating the optimum environment for businesses and their workers – rather than merely making furniture. One product which demonstrates this philosophy is the Gesture Chair. Launched in 2013, this chair is the result of extensive research about how the modern day office worker’s environment and movement. The research which led to this chair design included more than 2,000 workers in ten different countries. The study identified nine previously unidentified postures, many the result of how we use devices such as computers, tablets, mobile phones. The Gesture Chair isn’t just a piece of furniture – it’s a key component in creating greater productivity.

There’s much to learn from a company – a fearless brand – like Steelcase.

Focus on delivering value – From its inception, Steelcase (Metal Office Furniture) was focused on delivering value. They created furniture which met the basic needs of its customers which also took care of issues their competition couldn’t. The company is not focused on building furniture. Rather, its attention is on creating more productive, comfortable, and efficient environments for businesses to achieve their best results. Steelcase just happens to do this by making great furniture.  As stated on the Steelcase website:

“For more than a century, Steelcase has believed in the power of people. Every day, in locations around the globe, we work to unlock human promise and create meaningful, lasting change.”

Establish core values and adhere to them – Businesses that develop core values for their company are shown to perform better than those that do not. There are abundant examples of this – Zappos, Walmart, Amazon, and Steelcase. Creating a list is not enough though. The entire company, from C-suite to entry level, needs to consistently adhere to those values. Here is Steelcore’s list of values:

Stay agile – improvise, adapt, overcome – As business and offices changed – both in layout and purpose – Steelcase responded. Often, Steelcase was the innovator, bringing new ideas and concepts to the market. When market conditions changed, they had to adapt. As company performance diminished, they had to overcome. Every company – every brand – needs to balance being true to its core purpose while being agile enough to remain relevant. Steelcase puts it this way”

“It’s time to create new ideas, be agile and make things happen faster than ever. It’s time to find inspiration in every corner and accomplish more than you ever thought possible. The work we do has changed and so should our office.”

Office furniture, especially metal office furniture, does not get added to the list of ‘sexy’ products – yet, Steelcase is a tremendously successful fearless brand. The reason is simple, and one we can all learn from. They know their purpose and the role their products play in business. Steelcase doesn’t waste time trying to be something they’re not.

That’s exactly what we need to do in order to create and deliver our greatest value. We need to understand our purpose and fulfill it as best we can. We need to be true to who we are and what our value is if we want to achieve the success we desire.