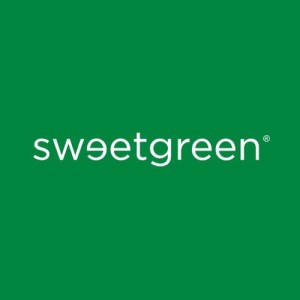 Georgetown University is located in the heart of the nation’s capital – Washington D.C. It is the oldest Jesuit university in the United States and at its very core is the commitment to challenge students to engage in the world and be of service to others. It was at Georgetown that Nicolas Jammet, Jonathan Neman and Nathaniel Ru met as freshmen. Each of the three came from families with strong entrepreneurial lineage – that being but one of the traits they shared that led them to become fast friends through their years at the university.

Leaving their shared apartment one day in their senior year, the discussion turned to where they should eat. As they passed a closed tavern just doors from their own – the only half facetious comment was made – “Why not there?” Another bond the three shared was their commitment to living and eating healthy. There were no restaurant options that fulfilled their desire for fresh, healthy, locally sourced and affordable meals.

Their entrepreneurial instincts began to fire – why not there? Not being restaurateurs, they turned to their shared passion for creating something and focused their efforts on building a startup. That approach provided a different perspective than most looking to open a new restaurant. The three would focus on their shared passion for a healthy lifestyle – they would create an experience rather than a menu.

They wrote out a business plan, rented the tiny tavern and set out to create a farm-to-table food experience. They sought the help of friends and family as well as  a restaurant owner with whom Nicolas had interned. They also receive support from Seth Goldman, the founder of Honest Tea, the company at with Nicolas’ brother worked. Going out to meet with local farmers established their most direct supply source – more importantly, it created business connections based on authentic relationships.

It was 2007 and their small store quickly became a popular place to experience a fresh, healthy and affordable menu. There was an almost cult like following with lines forming for hours each day. The main focus was salads, which were constructed in an assembly like manner – with customers and their customized salad moving down the line in unison as caring employees added the requested items.

A second store opened soon after – but to much less initial success. Once again, the three relied on their passion for a lifestyle rather than just a dining experience. They purchased a speaker, placed it outside facing the park, and played great music while handing out menus and building individual relationships.

The concept was simple – create a business built around a lifestyle of healthy eating and good music with a focus on sustainability and education. Added to that is the use of technology to facilitate ordering and easy payment while also creating a sense of community across key social media platforms.

The concept was also successful – barely eight years after opening its first store, the company built by Nicolas, Nathaniel and Jonathan boasts 31 locations in 7 different states. They have raised over $100 million in total venture capital, including investments from Revolution Growth  and it’s co-founder Steve Case. The music based promotion outside the second store has grown into an annual two day music festival which features over 25 bands, draws crowds of over 50,000 and raises money used to educate children about the benefits of a healthy lifestyle.

Results such as these, while powerful and unique, aren’t what define a fearless brand. Rather, results like these are achieved because three committed and determined friends combined purpose and passion to create a fearless brand known as sweetgreen.

Fearless Brands are built on a platform of passion x purpose

By redefining healthy fast food, sweetgreen is disrupting the $5 trillion food industry. By so doing, they are being likened to Chipotle because of the impact that chain has had on fast food stalwarts Burger King, McDonalds, KFC and others. It’s not so much the ‘what’ with sweetgreen as it is the ‘how’. sweetgreen began with the recognition that there was a void – not in food per se, but in a total lifestyle.

While low calorie options are available at the restaurants, sweetgreen’s concept is based on healthy living as a lifestyle – it has nothing to do with dieting. The founders call it living the ‘sweet life’ – healthy living, terrific music, strong and  authentic connections – all centered around healthy eating.

Their music festival, known as sweetlife, described on their website as “The sweetlife is about meaningful living and authentic relationships.  It’s about recognizing the unexpected combinations that create memories. sweetlife2015 is not just about seeing some of our favorite bands perform, or eating the best healthy, local food around – it’s the intersection of these two things coming together to create a memorable experience.”

Proceeds from this event help to fund the company’s educational programs known as ‘sweetgreen in schools’. What began as a one week program in Washington D.C. has grown into a series of workshops in four states reaching over 1,000 students annually. Leveraging the lifestyle further, a percentage of all purchases made on the sweetgreen rewards app go to support sweetgreen in schools.

Social media is a large part of sweetgreen’s success. Their digital media team – small but mighty – uses Twitter, Instagram and Facebook as a way to listen to their customers…not as a means of push marketing. Their customers know that they are connected as they see ideas implemented, comments responded to and meaningful connections made.

Purpose x Passion (+Relevance) – sweetgreen delivers experiences where passion and purpose come together. Their why is to support a healthy lifestyle – they accomplish that why through restaurants which feature farm-to-table food, music and connections which matter to their customers. Be certain that you know your why and have it at the core of your brand.

Win, win, win – sweetgreen has a very clear and meaningful list of core values (listed here, click ‘core values’ ) . In order for your brand to be successful, you also must have – and adhere to – core values which define and guide your why, how and what.

The Manifesto – Their manifesto describes what sweetgreen is all about (shown here, click ‘manifesto’) Your brand’s passion and purpose need that level of clarity – write your manifesto, live your manifesto.

At their one year anniversary, each employee is presented with a pair of green Converse high tops. That may not seem like much – but it’s the embodiment of sweetgreen’s lifestyle brand. Embrace your why. Know your purpose. Tap your passion. Find your high top green sneakers. Become a fearless brand.