The Most Connected Man in America Loves You! 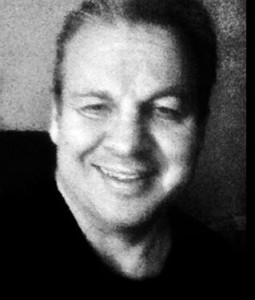 Caring about – and for – others came very early and quite naturally for him. Born in Canada, he and his twin sister were given up for adoption when they were just  3 1/2. At the age of 6 their adoptive mother died and their already difficult lives became more so. They endured verbal and physical abuse. The boy protected his sister as best he could – making certain that he was in a position to take any beating intended for her.

He was cared for and helped by the parents of friends and teammates when he played hockey in high school. These kindnesses had a big impact on him – something he wouldn’t forget. As do many young Canadians he had dreams of playing hockey professionally. When a skate nearly severed his thumb – that dream and the course of his life changed.

He became a scout for a Calgary junior league team and eventually for the New Jersey Devils of the NHL. Throughout all of  this he cultivated relationships and made countless connections. He learned the business side of hockey. He also learned that his position allowed him to fulfill many requests from friends including obtaining autographs from the game’s superstars, having them attend games and even hanging around some of the players. He began to refer to his friend’s experiences as “can’t-buy moments” and he discovered that he received great satisfaction and happiness by creating them for people he cared about.

The caring he shows and special moments he creates not only have carried on throughout his life – they have reached epic proportions. He has touched literally tens of thousands of lives worldwide – coupling his compassion with his business acumen. However, it isn’t his generosity and caring that make him a fearless brand. It is because he is a fearless brand that Peter Strople adds so much value to the world.

Fearless brands have clarity of purpose and deliver maximum value to those they serve.

One of his “can’t buy moments” was for an executive at IBM who later asked Peter if he would like to be intern for him. This offer was based on the assumption that with his many connections and relationships Peter would open many doors – and that’s exactly what happened.

Doors of opportunity opened for Peter as well  when he was hired at GRiD, based on his successful efforts at IBM. From there he moved on to Dell where he rose to become a director. He was there during the tech heydays of the early 1990’s – when the stock continued to split and many an individual’s net worth skyrocketed. He observed that money changes people – and that a lot of money changes people a lot. Disillusioned, he moved on for a brief stint as President of a Canadian company. He then founded Zero2 Holdings. Suffice it to say he was living the business man’s version of a rock star life. And then another major change occurred in his life.

In 2003 he suffered a massive heart attack – actually dying on the table and being brought back by doctors who said they had no idea how he survived. It was at that point Peter became a man on a mission. He realized life was not guaranteed and he could die at any moment. He became determined to never pass on an opportunity to acknowledge his genuine affection for anyone or anything.  “You’re important to me!” – “I appreciate you!” – “I love you!” – would never again go unsaid.

His approach to business was also put on an accelerated schedule. Peter has created a philosophy which he calls Instant Change – seeking to achieve significant impact in hours versus months.  He has always acknowledged that he is never the smartest person in the room – although his business acumen is self-evident. He listens, discerns the best course of action and then determines who in his massive network is most likely to bring the right solution to bear. He then immediately makes a phone call  to that person. Not only do they answer right away, they invariably bring the appropriate resources to bear.

Peter thrives on connecting people. His skill at assessing needs and talents and matching them to others in his network is almost uncanny. It is common practice when calling a new connection to state “I’m calling to tell you that Peter loves you.” Boom. The door is open, the connection begins and magic often happens. You see, Peter believes that not only is there a place in business and the world to embrace love – there is an urgency to do so because the chance may never come again.

In 2008 he began a group called Friends of Peter – FOP – whose purpose is to bring business and community leaders together to effect “Instant Change” as it relates to the critical business and social needs of a community or country.

He is an ardent fighter against the abuse of children and has created programs and groups for that purpose. He will go to virtually any length to help those in need. Peter believes in teaching them how to fish vs merely feeding them. He helps them not by handing out money – rather he helps them stabilize, shows them how to find their purpose and teaches them how to create their own success.  He and his wife Kelly have taken families ‘close to the edge’ into their own home – returning the care and help he received as a child. He continues to create those special “can’t-buy moments” which overwhelm the recipient(s) and fill Peter with tremendous happiness.

What branding lesson do we learn from Peter? How do we build our own fearless brand? Simple, we find our true purpose and bring that value to the world. It doesn’t matter if you touch tens of thousands or just ten people….add your love and value to your world.

Define your competencies. Unleash your passion. Be relevant. You can be as much a fearless brand as is Peter Strople – the most connected man in America.

I leave you with this quote from Peter – TFBIML.

6 comments on “The Most Connected Man in America Loves You!”