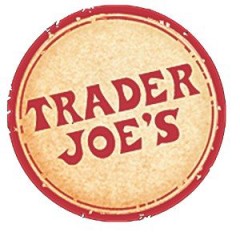 With over 11,000 outlets, the Rexall Drug Company was the largest U.S. drug store franchise in 1958. The company accounted for 20% of all drug stores – each one owned by a local pharmacist. That business model had been successful since the company’s inception in 1902 – but they began to feel the impact from the onslaught of national discount drug chains. At the same time, the convenience store and corner market segment was beginning to emerge. In the face of competitive pressure and the business opportunities of a new retail segment the Rexall company created a division to introduce a chain of food stores known as Pronto Markets.

In what might have been a surprising move, the company named a 26 year old employee who had been with Rexall for only three years to head the division. Joe Coulombe had made a strong impression on management and he didn’t disappoint – building a strong presence for the chain in Southern California. Once again competitive pressures came to bear – the Southland Corporation’s 7-Eleven stores were making their presence felt. By the mid 1960’s, the Pronto Market division was feeling the pressure to the point that the decision was made to close the chain.

Coulombe, however, believed he could make the chain a success and purchased the company with the backing of the Bank of America. He was smart enough to realize that business as usual would not work – he needed a new strategy. He knew he had to differentiate the stores from competition – to do that he was determined to fill a market need that remained unmet. Several trends caught his attention – the public was becoming more educated and sophisticated, the amount of global travel was on the rise – yet those people weren’t wealthy. Based on that, he created a concept store featuring upscale food, high-profit liquor and wine – and value pricing. Soon all stores in the company were converted to this approach and Coulombe changed the company’s name to reference his own.

In the early seventies he added a line of health foods and food items from around the world. Many of those products featured fun and unique names such as Kiwi From Paradise Juice but major national brands such as Coca Cola and Budweiser were spurned. The company’s main marketing tool became a newsletter discussing their products while touting environmental responsibility and editorial on a variety of conservation issues. The approach resonated with the target audience – business was good.

A visit to the stores evoked a sense of fun – an experience which had the feel of a vacation destination – a relaxed experience.  Casual – yet dedicated – employees in Hawaiian shirts,  a consistent offering of new, exotic products, quality wines at great prices all added up to a grocery shopping experience like none other.

Today the chain operates over 4oo stores in 4o U.S. states. It not only has thrived in the midst of powerhouse national supermarket chains, it has continued to be successful in the spite of the growth of grocery departments in big box stores such as Walmart and Target. While actual sales aren’t reported, they are estimated to be over $8 billion annually. According to trade publication estimates, the stores average over $1,700 per square foot – a nearly incomprehensible metric in the grocery business. (by comparison, Whole Foods averages sales of $930 per square foot). The store maintains some of the highest customer AND employee satisfaction ratings in the industry. This success doesn’t define a fearless brand – they are the results of fearless branding. Joe Coulombe saw an opportunity, developed a brand strategy, adjusted and innovated as market conditions and consumer needs mandated and built Trader Joe’s to be a fearless brand.

It was 1967 when Coulombe renamed his company Trader Joe’s. It wasn’t an ego driven decision as much as it was an evolution of the brand strategy he had created. Trading is more fun than buying – Joe is a casual and friendly name – combined, they deliver the brand message succinctly yet quite effectively.

Walking in to a Trader Joe’s is more an adventure than a task. It’s hard not to feel a bit more relaxed once inside the store. To begin with the store’s relatively small size doesn’t overwhelm as do the bigger traditional markets. The hand written signs, bright bold colors, building elements including bamboo, wood planks – even brick – all combine to deliver a unique and casual in-store experience.

Trader Joe’s was purchased in 1979 by Karl and Theo Albrecht, owners of Aldi Foods, a discount supermarket chain in Germany. In what was a key decision, the Albrechts wisely kept the original ‘trader Joe’ as their CEO (a position he held until 1987). While rare in acquisitions, the new owners did not make significant changes to the existing company’s strategy – a move which allowed for continuity and maintained Trader Joe’s path of success.

Trader Joe’s implemented many business practices which were unusual in the industry. They paid cash for all their inventory. The company created their own buying teams to scour the world for the right products – at the right price – to support the brand strategy. At one point, management became aware that the new owners of a Napa Valley winery were going to convert production exclusively to rice wine – sake – production. Trader Joe’s swooped in and bought the entire remaining inventory – nearly a quarter of a million bottles –  which they then sold at retail for $2.99. Over 80% of Trader Joe’s inventory is ‘in-house’ or ‘private label’ merchandise which accomplishes two objectives – exclusive products and lower prices.

When it comes to building a fearless brand – there is much to learn from the history of Trader Joe’s.

Branding begins with a strategy – Sadly, it is not uncommon to hear business owners – especially of new businesses – say something like “I’ll get to my brand later – right now I have to focus on sales, production or whatever. Understand this – your brand begins before your business does. Your personal brand is established before that important meeting or big interview. A successful brand – a fearless brand – begins with developing a brand strategy. It’s never too early to focus on your brand – but it’s often too late to start.

Balance consistency with innovation and adaptation – Consistency is an essential element in a brand strategy. However, standing firm in the face of changing market conditions and customer needs can be disastrous. Conversely, change for the sake of change – “look how innovative we are” – is likely to be even more damaging. Strike a balance by having faith in your strategy yet being wise enough to recognize – and accept – changing factors.

Authenticity is powerful – Trader Joe’s brand is successful because it’s quirky – but authentically so. Consumers are smart – they would not be fooled if it were merely fabricated  – and there would not be the emotional connection which exists today.

Trader Joe’s proves, once again, that building a fearless brand is simple – it’s just not easy. All you need do is identify your ‘why’, know your skills and deliver that value in a relevant manner. To do that you have to create a realistic and effective brand strategy at the start of your branding journey. Start now.