A Story That Takes the (Snack) Cake 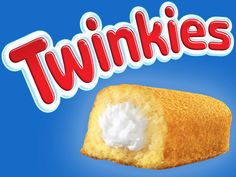 The Continental Baking Company – of Indianapolis, Indiana, introduced Hostess® Cupcakes back in 1919. Wrapped for on-the-go consumption, they were a big success so Continental expanded in 1926  the line of snacks under the Hostess® brand name. An item that became incredibly popular was a single serving strawberry shortcake – sponge cake with a strawberry creme filling.

The time frame for that snack was limited by a relatively short season for fresh strawberries. One of Continental’s bakers, John Dewar, realizing that their sponge cake was available year round, set out to create a new snack cake. The result of his efforts was sponge cake filled with banana creme. These treats were packaged in pairs and sold for a mere five cents. It was 1933 and the country was in the grips of the Great Depression – so a tasty treat at such a low cost was very appealing. The new snack cake thrived.

World War II had a major impact on the cakes – as was the case with virtually every product manufactured in the U.S. in the 1940’s. Bananas became one of many items rationed and banana cream snack cakes were not high on the list of priorities. Rather than give up on a successful product, the company switched to a vanilla creme filling. The popularity of the cakes soared even greater heights than the banana version – so much so that when WWII ended and bananas were again available, Continental continued with the vanilla version.

The 1950’s was a special time in America. Product rationing was becoming a distant memory, soldiers had returned home and families were burgeoning. There was a virtual explosion of new items focused on making life more pleasant – automatic dishwashers, a variety of electronic appliances and of course, television.

A growing population meant more children which meant more school lunches being packed which meant a greater opportunity to sell vanilla creme sponge cake treats. TV presented an advertising opportunity the likes of which had never existed before. Continental sponsored one of the most popular children’s shows of that era – The Howdy Doody Show – developing a cartoon character based on their cake. This approach to sponsorship was at the very beginning of in program product placement – a strategy widely used to this day.

The Cold War threat in the 1960’s provided another boost to the snack cake. Families across the country built home bomb shelters and stocked them with water and non-perishable foods. The cakes were a staple of those efforts as the belief was they would ‘last forever’ – even though their shelf life was listed as 21 days.

The bakery industry was changing in general and the snack company had a myriad of business issues. The Hostess company had been sold several times – each new entity believing they would make the bakery financially successful. As much an icon of American society as the cakes had become – at one point selling over half a billion cakes per year – it was announced in 2012 that the cakes – the entire Hostess line – would be sold no more.

The public outcry was more than anyone might have expected. The little snack cake had become a part of American history. It had a personal connection with millions of Americans – and more around the world – based on their childhood memories and the ‘guilty pleasures’ of their adulthood. This reaction – coupled with past success and the vision of future greatness – led to a resurrection of the cakes…Twinkies had become a truly fearless brand.

Twinkies got its name from a flash of inspiration by Jim Dewar when he had seen an advertising billboard for Twinkle Toe Shoes. The character on The Howdy Doody Show was  Twinkie the Kid. The name certainly helped add magic to the product – simple, fun, memorable. The marketing – albeit seemingly simple – was brilliant. However, it was the cake itself that created such a fierce and emotional following.

It’s the emotional connection between consumers and Twinkies which defines the brand and led to its resurrection. Billionaire C. Dean Metropoulos  and Andy Jhawar of Apollo Global Management, joined forces to rescue the Twinkies brand and the Hostess company. For all intents, they were able to ‘start over’ by investing millions of dollars in new facilities and manufacturing processes, changing the distribution model for Hostess and extending the shelf life of Twinkies to 45 days. Those two gentlemen have a keen sense of business – coupled with the knowledge and the willingness to make the seemingly tough decisions, Hostess has become an overwhelming financial success.

The basis for this success, however, is the fact that Twinkies is truly a fearless brand – defined by the personal ties that millions have with Twinkies. The emotional connection which exists between the public and Twinkies is so great it is hard to quantify. However, this quote by Mr. Metropoulos in the Forbes article, offers a telling perspective

“People walk up and thank me for bringing back Twinkies,” says Metropoulos, who has previously rebuilt brands like Bumble Bee Tuna, Chef Boyardee and Pabst Blue Ribbon. “No one ever thanked me for saving Vlasic pickles.”

The Twinkies story is one of the most clear examples of branding for results. Building a fearless brand – and supporting it with capable, if not bold, management will yield dream results.

Effective management is critical – Twinkies is an example of a brand that transcended business management – mismanagement? – for several decades. The company was forced to shutter all operations – yet the brand itself remained relevant. As evidenced by Twinkies’ comeback, in order to survive – and thrive – you must build effective strategies based on authentic value, create meaningful connections with those you would serve and continue to monitor that your value proposition is relevant.

Hostess refers to Twinkies as “The Sweetest Comeback in  the History of Ever™”. They have a point. Make your brand as sweet as it can be. Indulge your guilty pleasure – grab a couple of Twinkies while you consider the state of your brand – is it being managed effectively? What steps can you take now to avoid the need for a comeback?