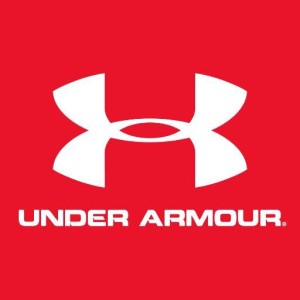 Kevin was one of five brothers living in Kensington, Maryland where his mother was mayor and his father a successful land developer. One of his loves was football, playing for the Maplewood Maple Leafs youth team, Fork Union Military Academy and St. John’s College High School. From there it was on to the University of Maryland where it became evident that he was more than just an enthusiastic athlete.

While at university in College Park, he not only played football – he started several businesses. Perhaps his most notable initiative was Cupid’s Valentine – a company which sold roses each year for Valentine’s Day. He was able to save nearly $17,000 from that endeavor. In his senior year he was named captain of the special teams for the Terrapin football team.  That year was exceptionally hot during two-a-day practices in late Summer.

The heat was one thing, but Kevin had another issue. He tended to perspire – a lot. So much so that he had to change his cotton t-shirt two – or even three times a practice. “There must be something better.” he thought – so he went about seeking the solution.  He used the money he had earned from his flower business for his seed money. He began his search for the right high-performance synthetic fabric in Baltimore fabric stores – he even went to the garment district in New York City. He found what he knew would work, had it constructed into a t-shirt and his new company was launched – it was 1996.

He worked out of his grandmother’s house, using the basement as a warehouse. His time, however, was spent selling out of the trunk of his car. He sent shirts to ex-teammates who had made it to the NFL and sent extra shirts for them to give other players. His break came when his company was chosen to be featured in the film “Any Given Sunday” – an Oliver Stone football story featuring Al Pacino, Cameron Diaz and Dennis Quaid. He rolled the dice – went ‘all in’ – and bought a half page ad in ESPN the Magazine to capitalize on the exposure. Revenue had been less than $20,000 – the ad cost $25,000.

His strategy worked as he realized $750,000 in sales within six months. Next he ran a television spot featuring an ex-teammate with the theme “Protect This House”. They had captured – and communicated – the true essence of the brand. Less than twenty years later, the company is the second largest sportswear brand in the U.S. – behind only ‘those guys in Oregon’ as Kevin calls Nike. Revenue is projected to be $3 billion in 2014 – after four consecutive quarters with 30% growth.  Footwear has grown 42% while international sales are up over 80%. The female market – which currently represents nearly 1/3 of all sales is another growing segment. This success is quite impressive but it’s not what defines this company as a fearless brand. Under Armour is a fearless brand because Kevin Plank built it to be just that.

Fearless Brands are built by combining vision and determination.

Under Armour became a reality because Kevin Plank didn’t see a need – he saw an opportunity, and he seized it. The conviction to be successful in an industry dominated by a juggernaut such as Nike would deter most people – but not Plank. When speaking of the challenge his response is “We’re smart enough to be naive enough to not know what we could not accomplish.” Importantly, he is driven by a love of winning – and a fear of losing. He has his sights firmly set on becoming the global leader in sportswear and has no doubt that Under Armour will be overtaking Nike.

His formula for doing so is relatively simple. A white board in his office lists the four essentials for success.

Not only is there a commitment to high quality products – there is a consistent search for new opportunities both with products and categories. Under Armour has dramatically expanded their wearable line through the years. They’ve made a successful entry into the footwear category, beginning with football spikes then expanding to include shoes for most major sports and most recently have begun to offer running shoes.

One reason for Under Armour’s success is that once an opportunity has been identified, there is little time wasted in capitalizing. Plank believes in making decisions quickly – believing that at times even a poor decision can be better than no decision. This decisiveness coupled with Plank’s determination has led to Under Armour’s growth.

A leading competitor in the female segment – Lululemon – had product issues with yoga pants which were too sheer. Their CEO made matters worse with his statements that the issue wasn’t with the product – but rather with women whose thighs were too big. Under Armour acted quickly, increased their efforts in the female market and had a simple message – “We’ve got you covered.”

Under Armour handled their own potential PR disaster much differently. When the U.S. Bobsled team was not achieving the expected results, the high tech uniforms Under Armour provided were pointed to as the cause. Plank allowed the team to switch to another brand but the results were equally poor. The company’s reaction was to increase their sponsorship position with the team.

The “Will you protect this house?” line makes the statement that Under Armour is the authentic voice for the next generation. There is an emotional connection with the brand which has people – regardless of age or gender – eager to be seen wearing the edgy gear.

When it comes to building your fearless brand, there is much to learn from Under Armour.

Fill a need – An essential element of a fearless brand is to be relevant. Plank’s desire to find a better t-shirt  presented an opportunity because it filled a need for many. Had he developed a shirt which met only his needs, Plank may still be in the flower business. Be certain that your brand delivers value and fills the needs of your customers.

Bad decisions are ok – Not making a decision can have more negative impact that making a poor decision. Analysis paralysis leads to missed opportunities, wasted time and can be demoralizing for your team. It’s ok to make a bad decision – just don’t make too many of them.

Can my brand be improved? – You may have a highly successful product or service – but don’t let them become stagnant. Under Armour continuously seeks improvement – it’s an integral element of their success as it will be to yours.