Semper Fi – What Your Brand Can Learn From the USMC 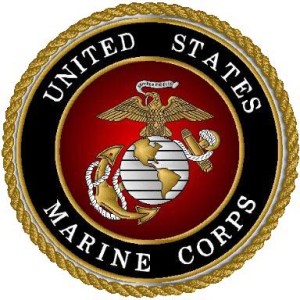 It was November 10, 1775 when the Second Continental Congress established a military force consisting of two battalions. These troops were designated as landing forces – able to fight on land or at sea. Such a force was deemed necessary as the tension between the Colonies and Britain escalated. When Samuel Nicholas was named captain and commanding officer of this new force, he set out to recruit troops in and around Philadelphia. One of his first recruits was Robert Mullan – proprietor of the Tun Tavern. Soon, Nicholas would have grown his force to 234 troops.

Within weeks, they had their first mission – sail with the Continental Navy to capture a store of British gunpowder at Fort Nassau in the Bahamas. It took mere minutes for the British troops to surrender once the force went ashore. Their first mission was a success. The Revolutionary War ensued and once again, the Colonists claimed ultimate victory and the United States of America was born.

The force was officially disbanded after the war, but was reestablished in 1798. Their encounters included a quasi-war with France, a skirmish in Santo Domingo and numerous operations against the Barbary pirates on the Shores of Tripoli. They fought in the War of 1812, in the Caribbean, the Falkland Islands, the West Coast of Africa and against the Seminole Indians in Florida. During the Mexican-American War, they captured the Palacio Nacionale in Chapultepec, a victory which significantly disrupted the Mexican army. It was these troops who had the honor of raising the Stars and Stripes at the castle most commonly known as the Halls of Montezuma.

During World War I, this fighting force earned the nickname of ‘Devil Dogs’ – a term given by the Germans they were fighting because they were tenacious with a never quit attitude. World War II saw them deployed to fight in both the Atlantic and Pacific theaters, distinguishing themselves in Guadal Canal, Iwo Jima, Guam and Okinawa to name but a few. By that time the force had grown from its original 224 to over 485,000 – of those, 87,000 were killed or injured and 82 earned the Medal of Honor.

Korea, Viet Nam, Lebanon, Iraq, Afghanistan – every conflict included this group in a military role. Non-military functions have grown over the past several decades and now include a broad and varied role – evacuation of non-combat personnel, anti-terrorist security, supply capabilities, recovery missions in the face of catastrophes such as the Indonesian Tsunamis and the 2010 earthquake in Haiti.

Thursday November 10, 2015 marks the 240th birthday of this fighting force which claims Philadelphia’s Tun Tavern as its place of birth. Hundreds of thousands of men and women have served since its inception – thousands have died – tens of thousands wounded and injured. The lives saved, the battles won, the freedom earned through their efforts have created a uniquely powerful heritage. That history has been built with a tradition of honor, courage, commitment and esprit which have all combined to build a legacy– they have combined to define a truly fearless brand – the United States Marine Corps.

The United States Marine Corps (USMC) is a proud and distinguished military force. Make no mistake, each and every branch of the U.S. Armed services has a distinguished history. The Army, Navy, Air Force and Coast Guard are all rich in heritage and brimming with stories of sacrifice, service and victory, as has the National Guard.

Yet it’s the marines who seem the most unique – the most unified – the most vocal – and seemingly the most revered. As the saying goes – “Once a Marine – always a Marine!” – there are no ex-marines. Perhaps it comes from being one of the smallest of the military branches. Part of it, no doubt, is driven by the history of the service – the first to battle mantle which comes as the result of being an assault force.

Hollywood has done its part to romanticize, define and ‘brand’ the Marine Corps – Flags of Our Fathers, Born on the Fourth of July, The Great Santini, Sands of Iwo Jima (starring John Wayne), A Few Good Men and Full Metal Jacket to name a few.

The USMC itself certainly has played a role. Its slogan – “The Few. The Proud. The Marines.”- is as clear and powerful a brand messaging statement as there is. The Marine’s ‘dress blues’ is a bold and distinctive military uniform. The blue jacket speaks of the connection to the U.S. Navy. The light blue pants have a scarlet stripe running down the outside of each leg – known as the ‘blood stripe’ – which honors all fallen Marines. The high collar is a throwback to the first ever Marine uniform which had a leather strap around the neck for protection against swords and other weapons during close fighting. That feature spawned the nickname Leathernecks. The modern high collar led to the nickname Jarhead, because U.S. Naval personnel said that the collar is so tight it looks as though the Marine’s head is coming out of a Mason Jar.

The Marines describe themselves through use of the Latin phrase Semper Fidelis – or its short version Semper Fi. That phrase means ‘Always loyal’ or ‘Always faithful’. Loyalty, courage, commitment and honor are the traits of the USMC. It is those traits that define the brand. Everything else is part of the brand messaging.

Here is the single biggest thing to learn from the USMC – or any fearless brand.

Before you rush to create a logo, a web site, a slogan or any other collateral material – take the time to understand exactly what your brand is. Attractive logos aren’t enough to define your brand – they merely trigger thoughts of your value proposition and relevance  in the minds of your customers, prospects and the public at large. Know your brand before you begin to message your brand.

The USMC brand evokes a powerful emotional connection – that is the same goal you should have for your brand. Imagine all of your customers using your company name and Semper Fidelis – “Always loyal” – in the same sentence.