Branding is a Journey – Let’s Ride 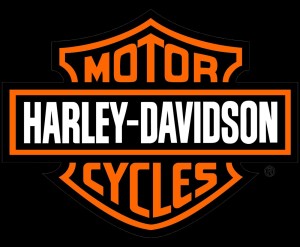 It was 1901 when they started to work on creating a motorized bicycle. The two friends were determined to integrate William’s motor design into a standard bike frame using Arthur’s machine shop connection. Two years later they had a finished prototype. Success? Well – no. The bike did not have enough power to handle the hills in Milwaukee where they lived. In true entrepreneurial style, they chalked it up to a learning experience and started their second edition.

They determined that they needed a bigger engine and a specially built frame. They found inspiration for a frame from an existing motorcycle and received production help from Arthur’s brother – another William – who worked in a tool room at the rail shops. More help came from Ole Evinrude who was building engines for road cars and had already pioneered outboard boat motors. This prototype was successful to the point that it was entered in a motorcycle race where it finished fourth. They were on their way.

January of the following year, 1905, saw them selling engines to DIYers. By April they were producing complete motorcycles – assembling them in a 10′ x 15′ shed in Arthur’s family’s back yard. Their first dealer – based in Chicago – sold three of the bikes that year. This success spurred them on to building an actual factory – leaving the shed behind. Fifty motorcycles were produced that year. The following year, 1907, they added a second floor to the factory with production growing to over 150 units.

Sales expanded to police departments throughout the U.S. A new factory was built on the same site as the company’s bikes became the dominant brand in racing. The onset of World War I in 1917 brought new sales – the motorcycles were used by the military as combat vehicles. By 1920 they had become the largest motorcycle company in the world selling nearly 30,000 units. Business was good. So good that they were able to survive the Great Depression – one of only two American manufacturers to do so.

The business continued on a path which saw it survive the impact of WWII, a sale of the company, a decline in quality and sales and a revitalization to the point that today, they continue to be the world’s largest manufacturer of motorcycles. Their revenue tops four billion dollars with one of every two motorcycles sold in the U.S. and one out three internationally being theirs. Their customers wear logoed merchandise which equates to three hundred million dollars – and that doesn’t account for hundreds of millions more in counterfeit merchandise. The company logo is tattooed on too many bodies to even attempt guessing a number.

So, how does Harley do it? It’s rather simple actually, Harley does not ‘sell’ machines – they sell a lifestyle – an experience. Simply put they sell their ‘why’. Oh, it is their motorcycles that bring in the cash, keep the factories busy and countless people employed. It’s the speed, the weight, the technology and the engineering that go together to create a Harley – and its incredibly unique sound. However, it’s the feelings and aspirations which are sparked by a Harley – the look, the sound, the reputation and the tradition – that makes the sale.

From the very beginning the team of Harley and the Davidson brothers realized that there was a connection with a motorcycle – a relationship. This was clearly reflected in the slogan used in 1910 – “Always a trusty friend.” Similar slogans were used throughout the history of Harley-Davidson including 1915’s “Ride a winner”; 1925’s “Get a kick out of life”; “Scenic America” used in the 1930’s and “Front line hero” during WWII.  In more recent years lines include “Live to ride – ride to live”; “It’s time to ride” and “It’s not the destination – it’s the journey”.

Harley represents a seemingly incongruous blend of freedom and independence coupled with a sense of community and belonging. Harley evokes the feeling of freedom by being able to just hop on and ride. There’s an attitude of independence reinforced by the ‘rebel’ images of the movie Easy Rider, the television series Sons of Anarchy and real world ‘outlaw gangs’, notably the Hell’s Angels to name but a few examples.

Contrast that with the sense of community among Harley owners. Even if two owners don’t know each other – they know each other. H-D established Harley Owner Groups (HOG) in the early 1980’s to further build and leverage the sense of loyalty of all Harley owners. As an aside, the nickname for Harleys – hog – came about in the 1920’s. There was a group of farm boys who raced Harleys and had a live hog as a mascot. After a win they would celebrate by putting the hog on their Harley for the victory lap.

Another similarity between Tiffany & Co. and Harley is this – each was purchased by a company based on profit motives alone – companies that did not have the vision which had made these brands so powerful. Under the ownership of AMF Harley quality and reputation suffered greatly. It wasn’t until the company was purchased by a group of investors who believed in the ‘why’ – led by Willie G. Davidson – that H-D began its revitalization.

Know your why – branding is about creating an emotional connection – yours begins with your why. That is what will establish your brand.

Be authentic – Harley doesn’t try to be anything it’s not. Certainly they have and continue to look for line extensions and new products to grow their business – but they know these have to be true to the Harley experience if they’re to succeed.

Be relevant – Harley listens to their owners – their fanatics – who are encouraged to send in their ideas. As a result, they have made numerous improvements and changes to their motorcycles both in technology and in comfort.

To build your fearless brand begin with your why – embrace your dreams – be authentic – be relevant. If you do all of that, you may not have fans tattooing your name on themselves – but you will create that emotional connection vital to successful branding.

2 comments on “Branding is a Journey – Let’s Ride”